Can We Count On You? 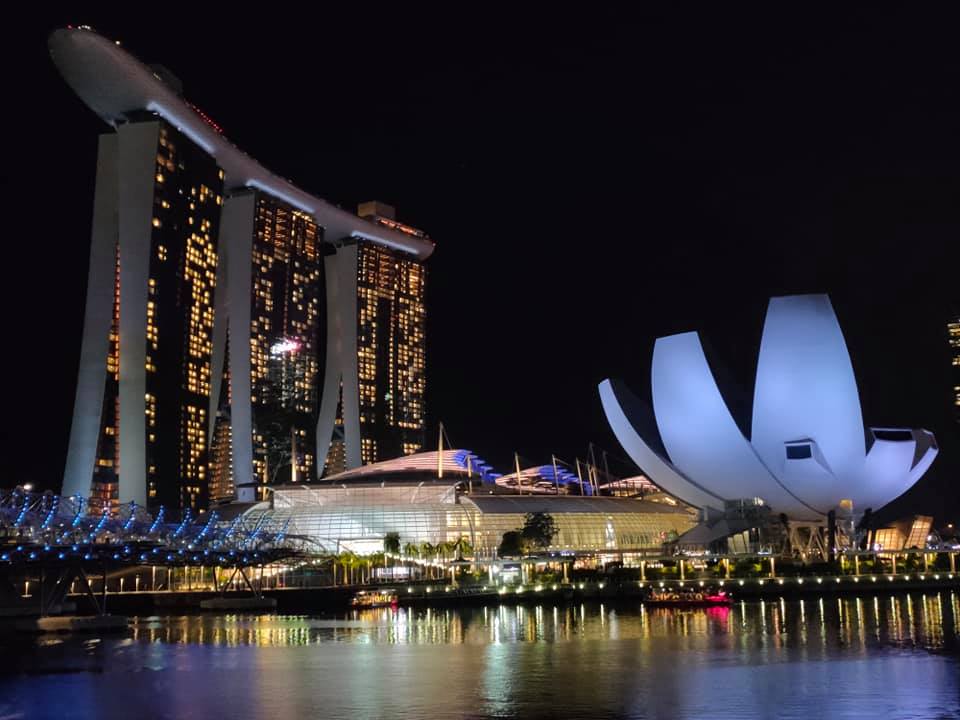 Can we count on you?

So what’s new? Names I’ve never heard before – like Joey Mendoza, Pauline India and Hugh Harrison were suddenly all over social media. They were dragged into the limelight when multiple apparently plagiarised versions of Count On Me Singapore (entitled We Can Achieve in the Indian version) were uploaded online sometime between July last year and January this year. The latest video of the song on YouTube, was uploaded in August last year.

While most Singaporeans are quite familiar with the song Count On Me Singapore which is sung during our National Day celebrations, the Indian version was attributed to an individual by the name of Joey Mendoza. Pauline Communications, India said that it had bought the rights to the song in question from Mendoza.

“We would like to inform you that we had produced this song with the help of Mr. Joey Mendoza who sold the copyright of the lyrics and music to us, claiming he owned it,” Pauline Communications India said.

This came as a shock to many people. On our side, the song is known to be written and composed by Canadian musician Hugh Harrison. In the 1980s, Mr Harrison was working for the McCann-Erickson advertising agency when the then Ministry of Culture asked a number of big-name advertising agencies to come up with a campaign for the 25th anniversary of self-governance in 1984. Mr Harrison’s agency won the tender. Mr Harrison went on to write 3 National Day songs for us – Stand Up For Singapore, Count On Me Singapore and We Are Singapore.

In spite of Mr Harrison’s testimony, Joey Mendoza maintained that he wrote the song. He claimed that the original version of the song ‘We Can Achieve’ was first written at Bal Bhavan, Mumbai in 1983, and thereafter performed publicly on 1 May, 1983.

“In 1999 Pauline (India) decided to produce the original version since there were many variants going across. Singapore released its national song ‘Count on Me Singapore’ in 1986… With due honour to Singapore, I was not aware of this song until two days ago.”

So what was Mendoza trying to say? We copied the 1983 song from him and released it in 1986? Frankly, songs like Count On Me Singapore, One People One Nation One Singapore etc give me goosebumps – it feels as if someone is scrubbing my brain with detergent. I have my own NDP to attend. But this time, it’s not about whether I like the song. I don’t enjoy going to Sentosa, but that does not mean that I would allow it to be taken away by foreigners, especially those who lie through their teeth with no feelings of guilt or shame. The devil is in the details.

One line of lyrics in the Indian version say: “We are told no dreams to hold that we can try for”. Whatever that means.

The original version should be: “We are told no dream’s too bold they we can’t try for”. So did we correct a meaningless sentence or did they fail to transcribe a sensible sentence from the audio? Mr Harrison is not going to take this lying down.

To all those who have made me aware of this situation regarding the illegal repackaging of Count on me Singapore as We Can Achieve by one Joey Mendoza in India, please be aware that I have written to both Joey and the executive of Pauline Communications in Mumbai requesting that certain actions be taken to address Mr Mendoza’s false claims to be the original creator of this song. I will let you know if and when I get a reply and how I intend to respond should corrective action not be forthcoming. Thank you all for your kind words and support. Sincerely, Hugh Harrison

And neither is Mendoza. He has countered Mr Harrison’s testimony by claiming that he has 250 orphans as living proof that the song was written by him (in 1983?) Can he produce any recording of it? Well, yes and no. Mendoza claimed that the song was only recorded on cassette tapes in 1999. Unfortunately, those tapes were “swept away” in the 2005 Mumbai floods. How (in)convenient. The orphanage where Mr Mendoza’s 250 orphans first sang the song in 1983 has not responded. Some of the YouTube videos of the Indian version have also been turned to “private”. It’s amazing that while YouTube flags cover versions of popular songs for copyright infringement, their algorithms seem to have missed out the Indian “cover”. Maybe if I change a few words in the cover version of a song, I might be able to avoid being flagged.

What about the authorities here? Their official statement was: “Count On Me Singapore is now owned by the Singapore government”. The Ministry of Culture, Community and Youth had originally said last week it was investigating potential copyright infringement before striking a softer tone, saying it was happy the song “struck a chord” with the people of India. They even made light of this blatant theft of intellectual property saying that imitation is the best form of flattery.

Yao mo gao chor ah? Even the creator who has sold the copyright to our government has decided to uphold his principles and integrity by challenging Mendoza. Netizens have likewise expressed their indignation. Why are our authorities turning the other cheek?