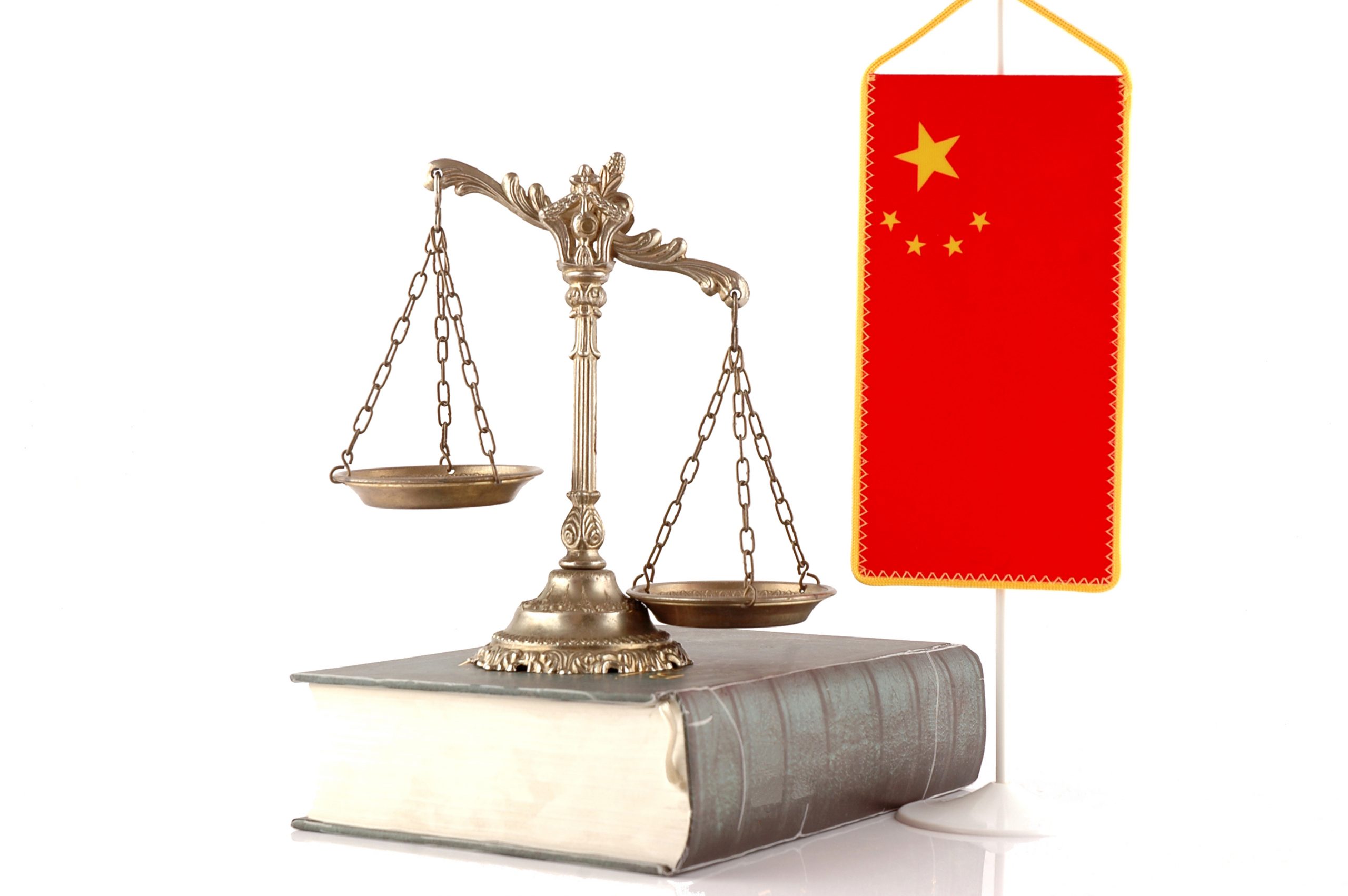 Last year while still on Donald Trump’s watch, the US imposed sanctions and cotton import restrictions on suppliers controlled by the Xinjiang Production and Construction Corps (XPCC) – a paramilitary production entity which produces a third of Xinjiang’s cotton. The reason? Human rights concerns. And it’s not just the XPCC. With advice from the BCI (Better Cotton Initiative), the Trump’ government had plans to expand import restrictions to cover all Xinjiang cotton, not just that produced by XPCC regions. These actions were triggered by a report which states that at least 570,000 persons in Xinjiang had been coerced into cotton-picking operations through the government’s forced labour training and transfer scheme. Many of those “recruited” into the industry are former inmates at reeducation camps. After being snatched off the streets and rehabilitated, they are forcibly redeployed as cotton pickers earning only $0.85 an hour! Such measures are touted as moves to alleviate poverty, but the devil is in the details which are not readily accessible to Sinophiles in an age of 16-second Tik Tok videos.

I took the above picture in Kashgar, Xinjiang. Even before the 1970s, the Muslim traders in Xinjiang had been very enterprising. They could be selling watermelons off the back of a mule cart on the streets of Urumqi. They could also be artisans and craftsmen, selling handmade ornaments from makeshift stalls. Bucket shops and random businesses may not look as sanitary as modern Chinese malls, but they were always vibrant and colourful. While most Chinese people have been encouraged to be street vendors in the wake of the pandemic, many Xinjiang street vendors and artists who have been reeducated, are now redeployed against their will to work for state-owned enterprises.

Back in October 2020, the BCI announced that it had suspended activities in Xinjiang as well as licensing of the region’s cotton, citing allegations and “increasing risks” of supporting forced labour. A little background information on the BCI.

Back then BCI member H&M also made a statement:

We do not work with any garment manufacturing factories located in Xinjiang Uyghur AR, and we do not source products from this region. We transparently disclose names and locations of manufacturing factories, mills and yarn producers in our public supplier list and will continue to do so and further accelerate this transparency for our global supply chain.

Nike, which has been involved in similar scandals (sweatshops) in the past (1970s), also ensured that its image is protected by releasing a statement:

Nike is committed to ethical and responsible manufacturing and we uphold international labor standards. We are concerned about reports of forced labor in, and connected to, the Xinjiang Uyghur Autonomous Region (XUAR). Nike does not source products from the XUAR and we have confirmed with our contract suppliers that they are not using textiles or spun yarn from the region.

There wasn’t must reaction from China last year; for obvious reasons. Few people expected the sanctions to take place after Joe Biden took over. They were wrong. The trigger for the most recent spat was pulled on 22 March 2021 when POTUS Joe Biden announced sanctions against two Chinese government officials over continued human rights abuses against the country’s minority Uyghur population. Instead of withdrawing Trump’s sanctions, Biden sought the support of other nations, coordinating with similar moves by the EU, UK, Canada and Japan.

Then, all hell broke loose.

On Friday, 26 March 2021, retaliation came fast and furious. In just 24 hours after the official “call to action”, H&M has been all but erased from China’s digital world. That means you can’t buy its tops and dresses on the biggest online retail platforms. You can’t even book a taxi or navigate with Baidu to its shops. Other online stores and companies had their websites blocked or their physical stores removed from digital maps. Companies targeted include Nike, Adidas, New Balance, Burberry, Puma, and Tommy Hilfiger. Of course, these stores are still there and most Chinese people still want to buy. The trouble is, would they dare to buy at risk of being called traitors by the “patriots”? Sensing a “misunderstanding” (which of course it isn’t), H&M released a statement to its Chinese customers.

I’m not sure if the folks at H&M and Nike read China correctly but China certainly didn’t read them correctly. H&M is a business and as a global business, these folks are naturally concerned about their image on the international stage. Rightly or wrongly, they believe that their consumers are principled and discerning individuals who expect them to be on the same page. Being politically correct attracts like-minded consumers, but do they seriously believe this is the trend in China going forward? If not, then they must be prepared to face a costly backlash.

As this wave of “patriotism” swept through the country, Chinese sportswear company Anta prudently announced that they would withdraw from the BCI and continue using Xinjiang cotton. Meanwhile, more than 40 celebrities from mainland China, Hong Kong and Taiwan responded to the call for patriotism and have cut their ties to fashion brands that object to the use of Xinjiang cotton.

To avoid being marked, Taiwanese actor Eddie Peng, Hong Kong singer Eason Chan and Chinese actress Dilraba Dilmurat, who is of Uighur ethnicity (but obviously not in touch with cotton pickers), have announced, through their agencies on Weibo, that they are severing ties with Adidas. Chinese actor Huang Xuan and Chinese actress Victoria Song have also ended their relationship with H&M, and Chinese actress Zhou Dongyu with Burberry. So “patriotic”, but I’m not sure if Jason Chan would be penalised for saying “I where Xinjiang Cotton”. Hmm, has anybody seen Nicky Wu? Yes, it’s a pathetic image all right.

It has turned out to be a high stakes battle. Who are these companies fighting for? Strangers in Xinjiang Province? Ask any pragmatic Chinese person and he is likely to laugh at the Westerners. Can China emerge victorious in this tussle? Judging from previous experience with boycotts, for instance, when South Korea’s Lotte chain was targeted in particular, Lotte stores vanished from China after the company got caught up in a diplomatic row between Beijing and Seoul. For many foreign brands, the lure of selling their stuff to China’s 1.4 billion and obtaining a good supply of cheap raw materials have been strong enough to drown out ethical concerns. Some have even surrendered their intellectual property rights, their principles and dignity for that magical 1.4 billion market. It would be naive for Biden and other leaders to expect China to acknowledge its mistakes, feel ashamed and correct them. They are far more likely to feel insulted and retaliate with all their might and fury.

Nevertheless, one cannot expect big names like H&M and Nike not to have done their homework and their risk assessment. How will this turn out? Only time can tell.

Humans are such enigmatic creatures. When atrocities are committed against other animals, they (regardless of ethnicity) are immediately outraged into boycotting shark’s fin, ivory and candles made from whale fat.

When atrocities are committed against other humans (albeit a different skin colour) the same folks who boycott shark’s fin and whale fat candles can turn a blind eye, deaf ear and/or go into doubting and denial mode. Some even support the perpetrators and counter boycott the boycotters.While some fanatics at Greenpeace would give their lives to save the earth, there are others who jump on and off the bandwagon depending on what’s fashionable or beneficial.