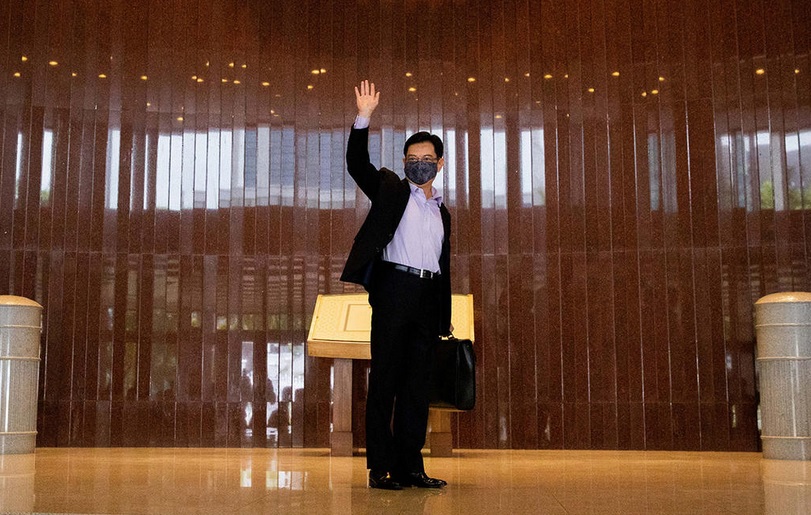 Yao mo gao chor ah? The only consolation we have for the fact that so many single and dateless Singaporeans out there are so clueless, is that the experts who advise them are equally clueless. Unless you’re among the clueless yourself, the following signboards giving advise to courting couples at the Serangoon end of Punggol Waterway (Sunrise Bridge) will make you cringe. I wonder what you’ll get if you scan the QR code. Live chat support?

Well, all I can say is, these experts really know how to ruin a date. I’m not talking about the “purposeful” kind of dates where the courtship ritual is just a formality. The wedding date has already been set and the meeting is set to avoid surprises on the big date. I know it’s rather mean to call these unions “marriages of convenience”, but the inconvenient truth is, that’s pretty much what they are.

For single men and women in their 40s who are patriotically responding to a national (population) crisis, these tips may help prevent a silent date (not the type that romantics who are good at communicating with their eyes deliberately go on once in a while). For a nerdy guy trying to impress a bubbly girl, it’s going to do quite the opposite. What are you grateful for? I’m grateful for the LRT at Riviera that can get me out of here, you clueless moron.

What should you say then? You should tell interesting stories. You should say funny things to make her laugh, like the East Coast Plan and then the short runway. Some people would probably want to kick themselves in the butt. Could they have voted for Nicole Seah, supporting her in both action and spirit if they had not been afraid of disrupting the succession plan which has just been officially shelved?

Of course, there was a deafening buzz following the announcement. Singaporeans have been making almost as much fun of him as the cotton sheep guy, but many (like those at East Coast) did not think they have any more power to decide who becomes the President as they have in deciding who becomes the Prime Minister. Suddenly, East Coast folks realised that it wouldn’t have mattered that much if they had voted for Nicole Seah.

But of course, Mr Heng has his “sympathisers” and other PLPs (pathetic lightning pleasers/pursuers), especially in academia. A certain professor from NUS brought up a 2018 newsPAPer article and wrote a touching piece in support of the departing PM contender.

His own comments starts with “DPM is a v decent man” and I don’t disagree with that. I’m not sure whether Prof Ben Leong is blaming the top leadership for not letting 4G leaders take over or non-PLP Singaporeans for being superficial, petty and having a sense of humour, amplifying and exaggerating his blunders while overlooking his less glamourous but far more important contributions.

But quoting the incident at the MPS where he insisted on doing what’s right and not bend over backwards for the sake of one vote sounded as condescending as the dating advice at Punggol Waterway. Such “decency” is quite basic and commonplace within the general population. It’s not exclusive among the elite. Frankly, nobody would expect or have any respect for a minister who panders to folks who make unreasonable demands just to win votes. Is Prof Ben Leong implying that people who rejoice at DPM Heng’s departure are arrogant and unreasonable folks who behave like that girl’s mother? Perhaps, but that’s not the point.

The point is, why would DPM Heng even need to worry about losing votes by displeasing one or even hundreds of voters? DPM Heng’s party has the equivalent of nuclear weapons in their electioneering arsenal compared to the opposition’s Stone Age clubs and axes. The horrible reality is such that the woman who didn’t have her unreasonable request fulfilled by DPM Heng may still vote for him if she’s concerned about her estate’s upgrading being delayed.

Prof Leong laments that we are losing a valuable member of the 4G leadership, but if you take Sumiko Tan’s article apart and examine other issues not mentioned including CECA, then DPM Heng may not be as indispensable as what the good prof and other PLPs might suggest.