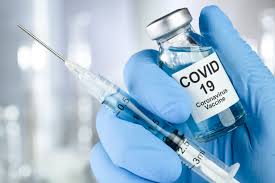 Just as we thought that the end of the pandemic was in sight and it would be safe to travel, infection clusters emerged in Singapore. Are we now seeing B1617 Indian variant clusters in our midst? Is our vaccination exercise going to be futile?

India is scrambling for oxygen and hospital beds, with over 300,000 new infections and 3,600 deaths every day, but we saw it coming. The surge started in March 2021. From there, it climbed steadily to reach its current state of devastation. The variant strain of SARS-CoV-2 found in India is called a “double mutant”, but it actually carries 13 mutations. The official name of this variant is B1617 and so far, I’ve not heard anyone being called a racist for using the common name “Indian variant”.

Anyway, researchers are figuring out the impact that this new variant may have on the pandemic. It’s possible that certain “escape mutations” may render the virus immune to antibodies acquired through vaccination. Bearing these things in mind, we tread with extreme caution. As early as April 2021, Hong Kong had banned flights from India, Pakistan and the Philippines.

Singapore followed suit about a week later. The move to bar all long-term pass holders and short-term visitors who have travelled to India within the last 14 days from entering or transiting through Singapore took effect from 11.59pm on April 23 2021. He said that the stay-home notice (SHN) period was not “100 per cent foolproof”, noting that any leaks among newly arrived Indian workers could possibly introduce new strains into dormitories and result in new clusters. But before we give Mr Ong a pat on the back, his reply to queries of people escape the ban by “transiting” in a country before flying to Singapore was most mind-boggling.

He said: “If your policy is to target risk, then for someone from a high-risk country to move to a lower-risk country, stay there for some time, and after that remain non-Covid positive… and then come to Singapore, actually, you have lowered the risk tremendously in that process.”

And as if that’s not “encouraging” enough to the flanking folks, PLP Calvin Cheng had to show these covidiots the loophole. What follows are massive surges in neighbouring countries like Sri Lanka and Nepal. I would hate to “credit” Calvin Cheng with the disaster, but the fact that he had the nerve to suggest it shows that he is even worse than the folks who refuse to cooperate with the safety measures.

In that same week, Thailand reported 2,438 new coronavirus cases and 11 new deaths due to B1617. They were still allowing arrivals from neighbouring countries. That’s a mistake we can all learn from.

And there is no shortage of supporters for delayed action in closing the loophole. One university professor, apparently unaware of the ban on arrivals from India, started waxing lyrical about how we should not discriminate. A colleague who is a part time lecturer warned that our construction projects are going to be delayed! Yao mo gao chor ah? But that’s what’s making important decisions so difficult. You would have thought that Covid taught us to value health over riches, make sacrifices for the sake of safety; to look and value beyond what is tangible. People talked about how they regret not spending more time with their friends and family; about how they realise what really matters in our lives and then all of a sudden, we’re back to dollars, cents and the economy.

Wonderful advice from Calvin Cheng. Hotels in Kathmandu were packed with travellers on transit to other countries that have banned them. Look what happened to Nepal. As early as 29 April 2021, Hong Kong had closed the loophole, banning flights from Nepal as well.

OK, we saw the huge surge in India, apparently cause by variant B1617. According to the BBC: “Scientists believe existing vaccines will help control the variant when it comes to preventing severe disease. Some variants will inevitably escape the current vaccines.” We are looking at a new strain which may render our vaccination exercise futile. Our minister recognised that SHN is not 100% effective. We saw the surge in neighbouring Nepal and Sri Lanka as desperate travellers transit there to circumvent the ban. We saw how things almost went out of control in Thailand. We saw how Hong Kong closed the Nepal loophole. What did we do?

We banned arrivals from India but kept the transit loophole open, announcing on 30 April that the loophole would only be closed on 2 May 2021. What happened next? I’m not here to repeat everything that can be found in media reports. This blog post attempts to rationalise actions or inactions which may have led to the current situation here in Singapore. Maybe it’s just a coincidence. Maybe no one is to blame, but let’s take a look starting from the first sign of trouble on 28 April 2021. There were 3 community cases. Of the 3 cases in the community, one was a 46-year-old Filipino woman deployed at Ward 9D, a general ward. One was a construction project manager from Nepal and one was an ICA officer.

Why do I say first sign of trouble even though there were community cases before that? Because there is a nurse being infected and we are looking at a hospital cluster. True enough, there were 16 cases reported the very next day with 9 in the hospital cluster. Still no tell-tale signs of a serious outbreak.

On April 28, there were 23 new coronavirus cases confirmed, taking Singapore’s total to 61,086. They included 3 community cases and no new cases from migrant workers’ dormitories, said the Ministry of Health (MOH). The remaining 20 were imported cases who had been placed on stay-home notice or isolated upon arrival in Singapore. There were 19 imported cases. As you can see, there is no mention of where the imported cases came from.

Then on 30 April 2021, we have 2 cases who had arrived here from India and other hospital staff, making a total of 9 cases. Thanks to TOC, we finally get a breakdown of “imported cases”. Singapore recorded a total of 212 COVID-cases, of which 71 infections involved those who arrived directly from India. This translates to 33.5 percent of the country’s cases for the past week.

On 2 May 2021 alone, the Ministry of Health (MOH) announced that there were 25 imported cases of COVID-19. They have all been placed on Stay-Home Notice or isolated upon arrival in Singapore.

Of the 25 imported cases, 12 were those who flew directly from India:

However, five were Indian nationals who flew from Nepal:

This means that the total number of travellers linked to India arriving in Singapore on a single day is 17 out of 25 infected cases. When are we going to stop importing?

It’s too late to say what should have been done. Suffice to say that if swift and preemptive action had been taken to guard our borders, then the risk of infection to the general population and especially to healthcare workers would be greatly reduced. There is no use pouring tribute while at the same time try to sanitise imported cases. The problem of imported cases, like crowded dormitories was just waiting to explode. From the cases that “initially tested negative”, we should not have taken so much risk.