Taking Umbrage & Thorn In The Side 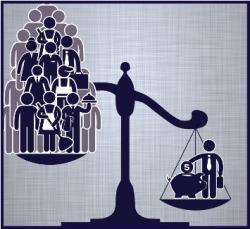 Taking umbrage & Thorn in the side

So what’s new? SPH CEO Ng Yat Chung is in the news. Or did news about his outburst overshadow the details of the press conference held specifically to explain the restructuring of Singapore Press Holdings? I shall not repeat the facts which are explained in great detail here.

The reporter at CNA digital media asked whether there would be changes to the media business (since it’s no longer for profit) to emphasise on editorial integrity over advertiser interest. Is that a valid question? Certainly. The next part sounds a little incomplete. What “initiatives” were she referring to? What is obvious in her second question, is that she was seeking accountability on behalf of shareholders and interested members of the public. And that really did it for Mr Ng. Check it out.

The chairman had spoken about changes. Isn’t it fair to ask what these changes might be? Isn’t it fair to ask if one of these changes might include not letting advertiser interest weigh in on editorial integrity? But the yao mo gao chor moment for me was not the umbrage moment but when he was calling a journalist out for daring to question SPH titles for for for … “conceding” (was that word edited out from in the video?). Then he said, “even where you come from, you concede, right?”

Alas, CNA reporter didn’t manage to point out where the bulk of the conceding has been taking place. Suddenly, “umbrage” became a trending word. Netizens became obsessed with it, more out of amusement than disgust of course.

The word “umbrage” is not derived from the English word “rage”. Remember in Physics we learned about umbra, penumbra and antumbra as parts of a shadow? In Latin, umbra refers to shadow. In Physics, it refers to the darkest part of a shadow, as observed from an area experiencing a total eclipse.When someone takes umbrage at something or someone, it means that he takes offence or a “dim view”. An easy way to remember where umbrage comes from would be to visualise the dark, shadowy face of a certain general.

So where did this non-gentleman come from. Taking umbrage at someone is actually a more abstract way of saying that he’s been a thorn in the side. Same organisation, same culture. Earlier, Mr Leong Sze Hian has been sued and ordered to pay $133,000 to our Prime Minister for sharing the same controversial post shared by 9097 others. Legal costs amounted to another $130,000. Why specifically Mr Leong?

Well, that’s because he has been described as a thorn in the side. In other words, his frequent criticisms of the government’s policies have caused it to take umbrage and subsequently, legal action. We live in a terribly unequal society. And as Mr Ng put it, don’t you dare cross the line. Mr Ng’s outburst is a warning sign. Mr Leong’s predicament is the result of not heeding that warning. Not surprisingly, PLPs like Mr Calvin Cheng doesn’t see that.

Why do people direct their anger to the establishment as a whole? Is it that difficult to understand? Taking “umbrage” and “thorn in the side” come from the same “family” and the same culture. The two phrases are like the same song of authoritarianism sung in a different key. It takes a lot of wilful blindness to not see the connection. Nevertheless, not all PLPs act the same way. I find it amusing that some PLPs are misusing the word “umbrage” by turning it back on calm and composed netizens who are really just mocking some boorish braggart. Check this nonsense out.

Frankly, I don’t think the CNA reporter had gone far enough. Maybe she wouldn’t dare. The issue which I personally take with this new arrangement at SPH, is that Government (=public) funding for SPH publications would mean that I no longer have a choice not to pay for newsPAPers. Without a need to achieve distribution targets and readership, do our newsPAPers even need to bother with “political correctness”?