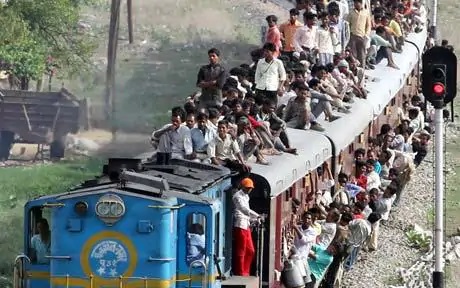 Last night, I had a dream. I dreamed that I was in geography class and the teacher Miss Wu Zetian asked me how America got to be colonised by the Europeans. I said that Christopher Columbus sailed westwards from Spain in 1493 and discovered America.

“Wrong! Fake news!” Miss Wu Zetian shrieked. “Columbus set sail from Castile in 1492. He did not discover America. It was the great Chinese admiral Zheng He who discovered America and don’t you forget that.”

Yao mo gao chor ah? Just because I got the year wrong and Columbus didn’t discover America? Hold that thought for a while. Let’s discuss a prettier topic first.

26 year old Malaysian woman Tan Shu Min performed aesthetic procedures at hotels in Singapore but she was not registered with the Singapore Medical Council and not licensed to perform these procedures which included botox injections and nose thread lift.

On 6 May 2021, she pleaded guilty to one count of performing a nose threadlift procedure on the bridge of the nose of a woman at a Singapore hotel on 27 January 2020. Apart from contravention of the Medical Registration Act, Tan also pleaded guilty to one count of importing into Singapore, 3 syringes containing lidocaine – an anaesthetic listed in the Schedule to the Poisons Act – on 25 May 2019. In addition, she admitted to 3 counts under the Health Products Act for bringing into Singapore medical devices and products without an importer’s licence.

Apparently, Miss Tan Shu Min was busted when a dissatisfied customer complained to the authorities. Before the judge and the real cameras without digital manipulation, the real Tan Shu Min emerges. One fake doctor with a fake profile pic exposed. Of course, apart from fake doctors and fake profile pics, we also have fake news – like Christopher Columbus sailing off and running aground prematurely in America in 1493 (it’s supposed to be 1492). But of course, any smart student should know that getting the date wrong does not disprove the fact that Columbus did discover America (even though he thought it’s India).

Chances of making such mistakes are much slimmer these days. You’re most unlikely to get India and America mixed up. And when the Indian variants of Covid-19 made their way to our shores, you would also know it’s not from some American “Indian”. These naughty little bugs, mutants of the original Wuhan virus, are causing an outbreak of new cases in the peaceful and well-behaved community here. Yesterday (8 May 2021), there were 7 community cases. 2 were in the PSA cluster and already quarantined. Out of the other 5, 3 are workers at Changi Airport! Hold that thought for a while, let’s see POFMA in action.

The Ministry of Transport (MOT) on 7 May 2021, invoked Singapore’s fake news law in response to a video circulating on social media showing a large group of South Asian travellers purportedly arriving at Changi Airport despite travel restrictions.

A correction direction has been issued to the “Singapore Incidents” pages on Facebook and Instagram, which had both posted the “false video”, said MOT in a statement.

These videos, put up on May 5, contained a watermark stating the date of the clip as May 5 and the location as Changi Airport. MOT noted that a clock in the video indicated the time as 2.53pm – and that there were no flights from India, Bangladesh, Nepal, Pakistan and Sri Lanka arriving at Changi Airport between 8am and 3.30pm on May 5 2021.

Hmm… “returning”? I have quite a number of friends who were travelling or working overseas before the announcement of CB last year. When they got the news of an impending lockdown, they took the earliest flight home. By the middle of last year, practically every one of them was back in Singapore. A handful of those who had to remain are still overseas. This raises a few questions about the large numbers of returning Singapore citizens or permanent residents from India. I wonder if they had missed the flight when we shut our borders last year or they have somehow decided to shuttle a few times between Singapore and India the moment we opened up.

I won’t put the link here, but I’m sure you can find that video somewhere out there. According to the airport authorities, the video is believed to have been taken more than a month ago. Does that worry you less? The surge in Covid cases in India happened in early March, probably before the video was taken. That would have been the time I would get very concerned about imported cases, but it seems that the folks in charge have other concerns.

Anyway, the MOT has decided that the video is fake news. The date is wrong, so the whole video is inadmissible. Shouldn’t that answer Mr Clavin Cheng’s question about why people are pointing fingers at the entire establishment because of one arrogant ex-general taking umbrage?

Whether it’s taking umbrage, suing people who are a thorn in the side or calling out a wrongly dated video as fake news, it’s all under the same umbrella of the establishment in which we must have absolute trust. Meanwhile, there is no need to worry about the Indian variant. The flights coming in are only catering to “returning” citizens and PRs and they have to serve their SHN. Just follow the rules. 听党的话. These people can have 3 masters degrees. We are not their equals.

The authorities described the occurrence of eight Covid-19 cases at Changi Airport over the last 10 days as “worrying”. “While 92 per cent of frontline aviation workers have been vaccinated, the risk of infection remains,” CAAS and CAG said.