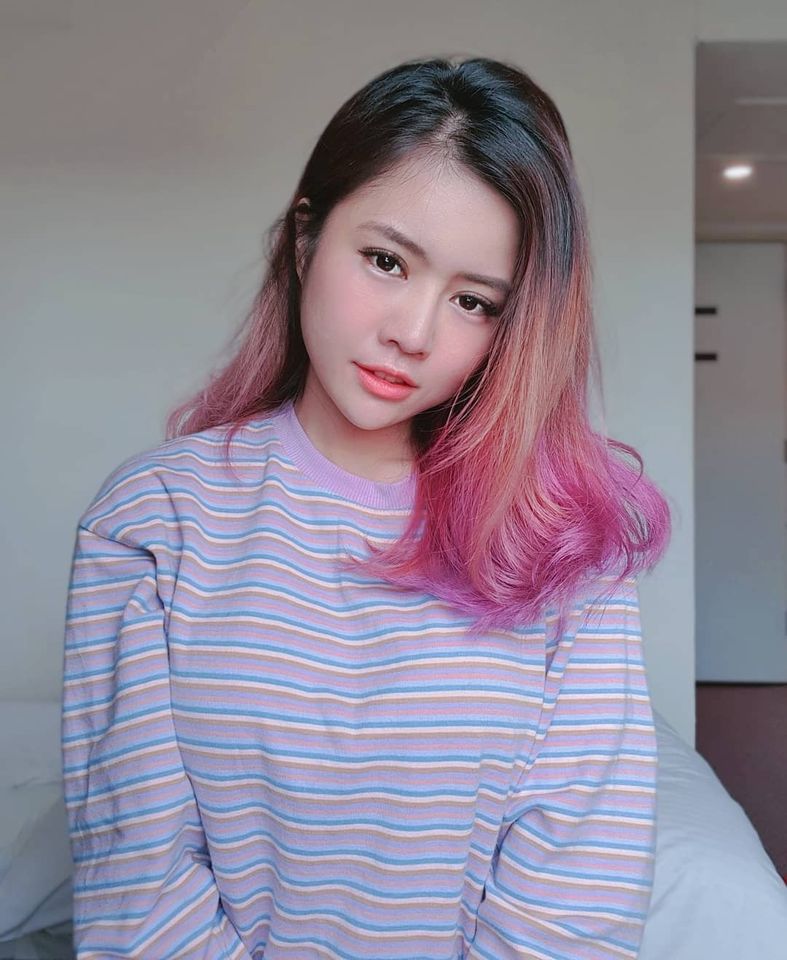 So what’s new? Influencer and live-streamer Kiara Kitty has just made a police report, accusing someone of making a fake audio recording of an “imposter” confessing to pulling love scams on gullible men and to avoid having sex with one of them, the alleged imposter even audaciously claimed that she has been raped by her own father! In response to this widely circulated “fake video”, Kiara Kitty had just made a police report against the imposter. She added that “I am often misunderstood but I give no fuck, those who are real will stay.” I wonder what she means by “real”.

OK, who is Kiara Kitty? A sweet and innocent XMM? Apparently not. Below are some of her recent Instagram pictures, all publicly available at @kiaraakitty. While beauty is in the eyes of the beholder and what you see may not be what you get, these images (enhanced or otherwise), do look like they have what it takes to bait 120k followers; and that’s how many followers she has on Instagram. Also, she had 29.1k followers on Twitter (last tweet 3 weeks ago). Who would want to follow a writer, adventurer and homecook like me?

Even her abandoned Facebook page has 38,541 followers. She also has a YouTube channel with some 33.3k followers, not particularly impressive, but miles ahead of me. Of course, photos are easier to edit and manipulate than videos. We can peel away that layer of enhancement and check out a more authentic Kiara Kitty in the YouTube video below. Yep, another subcerebral presentation with the equally influential Jade Rasif. What were they talking about? Yes, sex and guys with big dicks and hearts. Meanwhile, the folks at AWARE are fighting for the insensitive men in this country to change their … mindsets.

I’ve always been curious how Jade Rasif could be a mum who aspires to quit showbiz and go into healthcare could still have time for trivia like this. Sadly but not surprisingly, she is rather scant on details, even on the “boring mum stuff”. I don’t have time to go through all the videos, but I’m sure you won’t be surprised to know that I’m not a follower and all this information comes from last minute research and I’ll only highlight some “indicative” material like the video below. Sorry, YouTube doesn’t allow embedding. It’s adults only. If you don’t want to watch it, it’s a live-streamed pool party with lot’s of raunchy antics and responses to lewd questions and remarks. They collected $232.75 at the end of this video (with 12 hours to go). I’m not sure what the final amount was, but Kiara Kitty claimed that she paid $1000.

A bit like Rebecca Chen’s Siew Lup, this is another example of “lame porn” that is neither here nor there. Siew Lup is a horror flick that only goes half as far as some HK Cat 3 movie of the 1980s. I don’t know how many guys would drool over this pool party video and gladly open their wallets, but suffice to say that there are far more titillating stuff out there. Of course, I understand that this is Singapore and there is a limit to how far the girls can go and this is not to say that I have anything against tasteful sensuality. It’s just that if you can’t go all the way, why not just do something more meaningful?

Now let’s get to the YouTube “video” (actually an audio recording of a phone conversation) between Kiara Kitty and some foreign guy. Without her face shown in the actual conversation, Kiara Kitty can deny that it’s her. The whole rationale of making the police report is to stop the “video” from going viral. I’m not sure if it’s going to be removed, but I’m sure that unlike Leong Sze Hian, I won’t get sued just for sharing it.

I don’t know Kiara Kitty, have not met her and I have never even had a phone conversation with her. I can’t tell you that I recognise her voice and I won’t know if it’s an imposter trying to defame her. It’s tough not to take notice and I would be glad to write her story if she decides to confess.

Interestingly, we hear about a case in which she got suckered into being used by a loser (paying for his FB marketing and so on) and another a few cases in which she managed to get back by tricking and manipulating gullible, diffident nerds into giving her money. It reminds me of one of the stories in my book, Spellbound in Chiangmai. It also reminds me of a tattoo model I’ve once worked with. While I knew that she was happily married (with no children), she adopted the totally fictional persona of a single mother who was constantly abused by one boyfriend after another. The result? She had hordes of sympathising followers who sent her presents and money to console her.

Real stories of fake suffering like the letters from Thai bargirls compiled in Hello My Big Big Honey date back to the 1980s (before some of our influencers were born). Typed or hand-written by ghostwriters, letters about sick mothers, dead buffaloes and imprisoned brothers, no money for school fees etc successfully solicited funds from gullible Farang men who fell in love in Thailand. Interestingly, almost 40 years down the road, a high tech, wide-reaching version of this “sob story scam” has taken over not just in Thailand but apparently in Singapore as well. Personally, I have more respect for people who charge a fee for their services than those who keep an open relationship to cast an illusion of romance and milk their clients for more.

While we can’t say for sure if Kiara Kitty had been a scammer, knowing what it takes to be an influencer here (and how broke some of them are in reality in spite of all that flaunting), it is only too tempting to harness social media to haul in the gullible, emotionally vulnerable folks. There are certainly more than a few of them among the tens of thousands of pathetically bored (boring) guys. Just another facet of these prosperous yet tragic times.