Rooting Out Racism From The Roots 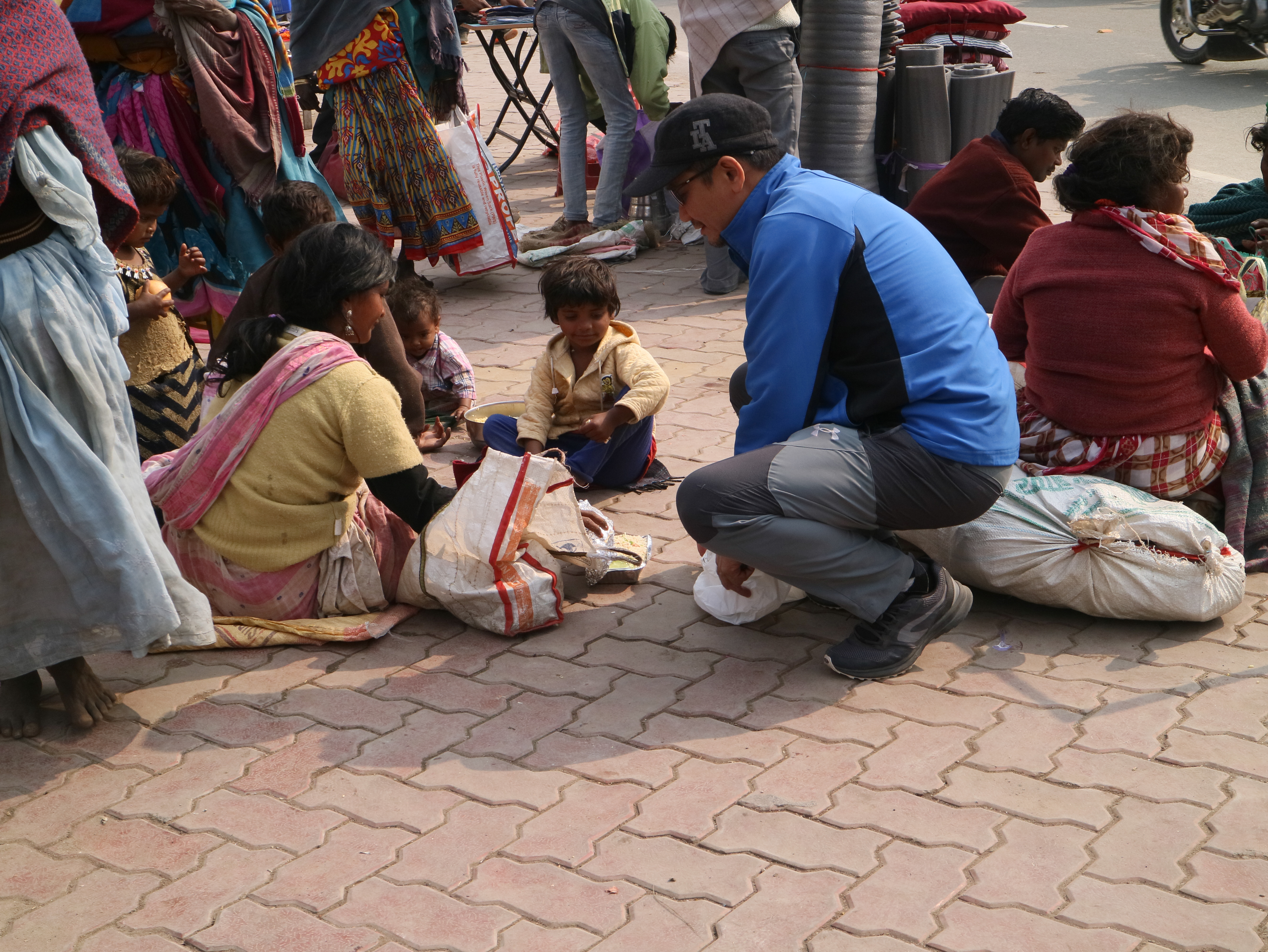 Rooting out racism from the roots

Almost immediately after our badge-demanding former naval officer became famous overnight, a polytechnic lecturer stole the limelight by chastising a mixed-race couple. Then, there is this gong lady who struck her gong (bought from Taobao?) loudly and repeatedly when her Indian neighbour was sounding his prayer bell. Both lecturer and gong lady are now under police investigation. The lecturer has even been suspended. But is stress due to Covid to blame for all this? Is this racism? Could gong lady merely be childishly retaliating against something which annoyed her?

The knee jerk reaction to all this is disgust. But are we really being fair to the lecturer? Are you not showing double standards?

“Mr (S.) Rajaratnam was the exponent of “we can create a race of Singaporeans”. Idealistically, I would go along with him. But, realistically, I knew it was going to be one long, hard slog; maybe we’ll never get there, but we should try.Ask yourself this question. If your child brings back a boyfriend or a girlfriend of a different race, will you be delighted? I will answer you frankly. I do not think I will. I may eventually accept it. So it is deep in the psyche of a human being.”

We can argue that Mr Lee was not a racist, but it’s undeniable that he did not see mixed marriages as a norm that is readily accepted in Singapore society or probably even within his family.

As we ponder over definitions, there was a time when I was worried that “racism” could take on a new meaning very different from what we learned in primary school. When we complained of overcrowding on our tiny island from liberal immigration policies, scholarships being granted to foreign students who can’t even converse in English at PSLE level, we were accused of xenophobia. When we complained about nationals from a certain South Asian country dominating the banking sector and high risk arrivals from that South Asian country thwarting our Covid prevention efforts, we have been accused of racism.

Fortunately or unfortunately, the definition of racism has been somewhat cleaned up by obvious and bona fide cases trending on social media nowadays. We are getting a bit closer to the real meaning of racism, but while cases involving the majority race despising a minority race are often highlighted for all to condemn, what about instances in which the tables are turned? I’m not sure if other Chinese people had the same experience, but I had a friend who was threatened by a Malay man for dating his daughter. Can such incidents make it on social media other than the “safer” complaint about an Indian comedian pretending to be an unsavoury Chinese character?

Let’s face. In spite of the veneer of racial harmony in this country, there is and there has always been some invisible divide out there which is not removed by wearing one’s ethnic costume on Racial Harmony Day. It’s simplistic and cosmetic. The more we regard these as sensitive issues and the less we’re willing to discuss them, the more they fester under the surface. We may think that we have made bigger strides than Malaysia, but let me ask you, do you think a person like Namewee could have succeeded in Singapore? He would have been silenced from the first sentence of “Negarakuku” and be banned for life.

Indeed, we would be fooling ourselves to think that we have been successful in cultivating racial harmony instead of silencing racists, avoiding sensitive topics while nitpicking to comb out apparent “racists”. But what about the real instances of racism? As fate would have it, Covid popped the lid open and the worms are laid bare.

Regrettably, a lot of inter-ethnic suspicion and mistrust have their roots in our shared history. And it’s unfortunate that the history we learned from informal sources like friends and seniors, or even formal sources like mediocre educators is often incomplete or even inaccurate. Truth be told, it’s only in recent years that I found time to dig deeper and understand better.

Looking at how things are going in the world today, I fear that history may repeat itself. Before Suharto’s Pancasila, there was Sukarno’s Nasakom – negara, agama (religion), Komunisme (Communism). Yes, you didn’t misread. Communism. China was powerful and prosperous before and after 大跃进 and Sukarno was a big fan of Mao. The PKI had quite a number of seats in the Indonesian government running on Sukarno’s brand of “guided democracy”, later used by one of our leaders without raising any eyebrows because fee people knew Indonesian history.

Also warmly received by Mao, was DN, leader of the PKI, Partai Komunis Indonesia. After an important meeting with Mao, Sukarno suddenly opposed the formation of Malaysia. The Tunku ignored his protests and went ahead. Sukarno then instigated the invasion of Brunei by a Kalimantan militant force and wanted to whole of Borneo to be Indonesian territory. The British came to our rescue. Even though China successfully tested its own atomic bomb in 1964 and Sukarno had already pre-ordered it, the Indonesian armed forces were not ready to fight the British face to face.

Indonesian troops then unleashed Konfrontasi on Malaysia in 1964, conducting sabotage operations and stirring ethnic tensions which resulted in racial riots. Then, a “hero” emerged. He was an anti-communist general by the name of Suharto. His counter coup against the PKI’s military coup in September 1965 (apparently to turn Indonesia red for good) put an end to Konfrontasi – a Communist insurgency (with blessings from you know who) often misinterpreted as an ethnic war. Wary that China’s influence would eventually destroy the values that Indonesia holds dear, he deposed Sukarno, cut ties with China and went on a witch-hunt to purge the country of its communists.

What followed is commonly known as 排华 from the ethnic Chinese perspective, but the original intention was to weed out Communism. Regrettably, Suharto enlisted the help of local militias and religious zealots and all hell broke loose. Over 2 million people were killed according to latest estimates, many of them innocent Indonesians. Contrary to popular belief, many times more non-Chinese than Chinese people were killed in that horrific massacre.

Suharto also placed Christian officers in key military appointments to balance the Muslim influence. If Suharto were truly anti-Chinese like some of seniors would have us believe, Indonesian Chinese people would be begging on the streets. Chinese people in Malaysia (which included Singapore) who were not communists were caught between a rock and a hard place. Suharto’s massacre made us angry but without Suharto, we could well have become a part of communist Indonesia. Also regrettably is the fact that many Chinese people of my generation have been brought up with the mistaken impression that there is only one race in Indonesia, they are all Muslims and they have 排华 tendencies.

Will history repeat itself? Well, we should keep an eye on the Indonesian leader and his relationship with some powerful Northeast Asian country.

Finally, allow me to share a video which looks a lot deeper into the recent anti-Asian rhetoric and violence in the USA. In the video, Mr Fang revealed that churches in America give out free food to the poor and homeless. As long as you’re not Karen Carpenter, you won’t starve. I’ve also seen similar charitable acts in China, but the free food is usually in the form of plain porridge and preserved vegetables. Perhaps they are not as generous as the American donors. Perhaps, they understand the potential for abuse and exploitation which gullible Americans don’t.

Chinese people who could well afford to buy their own food plundered these food distribution centres in America, something behaving entitled and sometimes reselling the donated food items for personal profit. And I’m ashamed to admit that I won’t trust many of my own kiasu, kiasi and gian png people not to behave the same way.

I’ve encountered some form of racism or rather racial prejudice in Australia myself. When my sons and I stepped out of a shop without buying anything, the security guard checked our bags. On another occasion, a shopkeeper told us (in very slow and laboured English) that we had to put the items back on the shelf after browsing even before we picked anything up. But over 90% of social interactions we had with Australians had been positive in all our visits. In fact it’s even more positive than our experiences in Singapore. Why did these suspicious and presumptuous people at the shops behave that way? Is it only because of our skin colour? Or does our skin colour remind them of previous bad experiences?

Yes, it’s important that we call out instances of racism. But what’s more important, is to realise that a lot of racist behaviour is not instigated by skin colour alone. Taking a shallow view of racists makes us just as shallow. I’ve mentioned before in this blog, not just the biggest threat to our racial harmony, but also a threat to our sovereignty is something which Prof Tommy Koh called Chinese chauvinism – something which we pay a lot less attention to compared to religious radicalism. Allow me to highlight a recent encounter. An intellectual from China said “We had our era of humiliation. The period under British colonial rule was your era of humiliation. Why do you still use English as your official language? Why not use Chinese? You could be closer to China.”

I’m sure you know what the standard Singaporean reply would be. But the Chinese intellectual’s reply to that reply was also quite standard – only that many Singaporeans are not aware of it:

“You are the majority. Our minorities have to use Chinese.”

Ah, this person forgot we don’t have concentration camps.