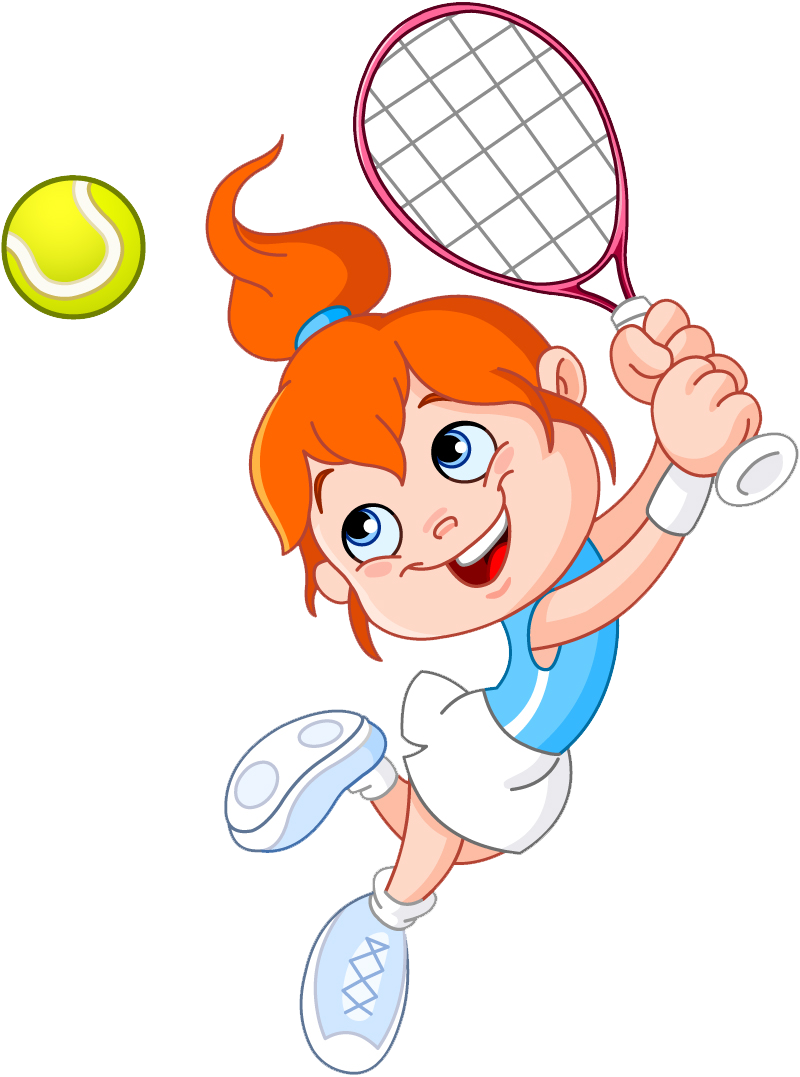 For those who have not been following, let me do a detailed recap. 35-year-old Peng Shuai is a professional tennis player from China who has won 22 world titles. In February 2014, she was ranked world No. 1 doubles player by the WTA. On 2 November 2021, Peng Shuai posted a lengthy and detailed entry on her official Weibo account where, according to several media outlets, she accused Zhang Gaoli (age 75), a former senior Chinese vice premier and member of the Politburo Standing Committee of the Chinese Communist Party (CCP) of forcing or pressuring her to have sex with him.

Following this shocking accusation, Peng Shuai not only disappeared on social media but her name and biodata were removed from all Chinese search engines. On 14 November 2021, the chief executive of the WTA, Steve Simon, called on Chinese authorities to investigate Peng’s allegations and called for transparency on the matter. He was reassured by the Chinese authorities that Peng Shuai was safe, but this could not be verified independently. Members of the tennis fraternity like Novak Djokovic, Naomi Osaka, Serena Williams, Roger Federer and Rafael Nadal, Andy Murray and Billie Jean King all voiced their concerns for Peng Shuai’s freedom and well-being.

On 17 November 2021, Chinese state media outlet China Global Television Network (CGTN) released an email allegedly written by Peng Shuai to Steve Simon, explaining that she had been resting at home. She also stated that her allegation of sexual assault was not true and that she was not missing. The email also criticized the WTA for releasing what it claimed was unverified information about Peng Shuai without her consent. The authenticity of the email was cast in doubt with many pointing out that a typing cursor appears to be visible on the screenshot of the email. Steve Simon argued that this email only raised his concerns as to her safety and whereabouts.

On 19 November, a Chinese state media reporter by the name of Shen Shiwei shared screenshots of a WeChat thread of what he alleged to be Peng Shuai’s chats with her friend, which consisted of three photos of Peng Shuai posing with her stuffed toys. This was even more curious. A person who had made a serious accusation in public ought to be prepared to give statements and evidence. Why would she go into hiding? If Peng Shuai had wanted to get a message out to the public that she is safe, why couldn’t she use her own social media account? Why did she have to depend on state media to “leak” her private chats and photos?

On 20 November, CGTN chief Hu Xijin (state media again) posted videos showing Peng Shuai at a restaurant on his Twitter page. The video recorded a conversation between Peng Shai and her coach, stating the date. The camera also zoomed in on a notice of disinfection date at the restaurant. Hu added that Peng Shuai was staying in her own home free to move around but just did not want to be disturbed. He assured that she would reappear and participate in public activities soon. Hu later shared videos showing Peng at the opening ceremony of the Fila Kids Junior Tennis Challenger Finals in Beijing.

On 21 November, IOC’s Thomas Bach reported that he spoke to Peng Shuai via video call and assured everyone that she was “safe and well, living at her home in Beijing, but would like to have her privacy respected at this time”. The WTA said that “It was good to see Peng Shuai in recent videos, but they don’t alleviate or address the WTA’s concern about her well-being and ability to communicate without censorship or coercion”, requesting that she either be allowed to leave the country or speak live via teleconference with Steve Simon and no one else present. But the most suspicious part is the elephant in the room – Zhang Gaoli. An accusation against him has been made. In any civilised country, including the Western countries which are not free from sexual abuse, any such allegations brought out in public would have been openly and transparently investigated. Is it Peng Shuai’s privacy we’re talking about or is it Zhang Gaoli’s?

On 1 December 2021, the Women’s Tennis Association (WTA) announced that they would suspend all tournaments in China and Hong Kong. It’s a courageous move of principles over profits. Michael Caster, co-founder of the human rights watchdog Safeguard Defenders, which monitors disappearances in China, said “the Women’s Tennis Association has more credibility right now than Interpol in pushing back on China’s gross human rights abuses, abduction of members of its organisation, and poking holes in what is just thinly-veiled coercive statements and propaganda”. Erin Hale of Al Jazeera contrasted the WTA’s concern over Peng Shuai with Interpol’s muted response to the disappearance of its former Chinese chief Meng Hongwei. The organization had simply accepted his resignation letter (resignation in absentia) without even bothering to find out where and how their former Chinese chief had disappeared. The majority of those who just want business as usual can’t be bothered with such “trivial” matters – until it affects them.

On 2 December, the International Olympic Committee (IOC) reported that it held a second call with Peng on the day before, where she reconfirmed that she is safe and well, given the difficult situation she is in. Then, the WTA received an email purportedly from Peng Shuai in which she “expressed her shock for WTA’s unfair decision to suspend all tournaments in China.”

On 19 December, a short, randomly taken video of Peng Shuai was featured on Singapore’s very own Lianhe Zaobao website. The video was taken at a cross-country skiing event in Shanghai. A pro-China local academic commented: “the plot thickens”. On the contrary, this is an egregiously predictable outcome. The only curious thing is, why did it not happen earlier? The thing that ought to get our attention here in Singapore is that for the first couple of expositions, the Chinese authorities relied on journalists working for China Daily and CGTN. This time, they enlisted the help of our very own Lianhe Zaobao.

Suffice to say that it didn’t go down well with discerning Chinese netizens had called out Peng Shuai and the producers’ maladroit performance in that video. I won’t go into those details in this blog. You can read about them here. But bear in mind that the latest “Peng Shuai is not harmed” video is particularly enlightening not because it is so contrived but because Peng Shuai was finally facing the public on camera denying that she had made an accusation against Zhang Gaoli, explaining rather clumsily and unconvincingly that “I have never said or written that anyone has sexually assaulted me, I have to clearly stress this point”. She pointed out that there had been misunderstandings about her post on Weibo. Well, can we say that Peng Shuai understands Chinese in a different way than the rest of us? For goodness sake, what does “带我去你家逼我和你发生性关系” mean? Of course, in the latter part of her posting, she mentioned about their “relationship” which must have turned consensual by then as she complained about him ignoring her. She also mentioned about Zhang Gaoli’s fear of blackmail and she quite knowingly pointed out that with his powers and status, she couldn’t hurt him even if she tried. In the part of her posting, she prodded his conscience – not so much over forcing her to have sex but bearing responsibility for having slept with her so many times.

While Peng Shuai did not deny that the incriminating posting was made by her, she tried to twist her own words and explained that it had been misread by practically every Chinese netizen out there. No matter how ludicrous the performance, being able to face the camera and speak publicly on this matter shows that some settlement could have been reached between Peng Shuai and the authorities with Peng Shuai being compensated in lieu of Zhang Gaoli’s silent exoneration.

It would take quite a bit of leniency to believe that Peng Shuai had somehow relented on her pursuit of justice after being threatened and pressurized. It is, however, more likely that she had never intended to seek justice against Zhang Gaoli’s actions which can be dated back more than 10 years at Tianjin, 7 years years ago (location unknown) and 3 years ago in Beijing! Why blow the whistle now? Perhaps the whole intention behind throwing out that bombshell on Weibo was to raise her bargaining chips against Zhang Gaoli – at the expense of her career which is probably coming to an end anyway. And looking at all the ” we didn’t harm Peng Shuai” videos, one sentence in her Weibo posting stands out like a neon sign.

I wonder if her tennis compatriots would still see her as a helpless victim seeking justice if they can understand her Weibo posting. Have they been used? Is her latest performance a mockery to the foreign athletes and organisations that had made monetary and opportunity sacrifices and stood by her in the name of justice, human rights and boycott China. I’m just wondering. Had she stirred the hornet’s nest never intending to seek justice but to play her sympathisers against a powerful man like Zhang Gaoli so that she could strike a deal with them? It makes perfect sense that they are still locking her out of social media/search engines and she is not withdrawing her scrubbed Weibo statement (just denying sexual assault) which had already gone viral at the beginning of the saga. If at this moment, they are holding each others’ necks, negotiating her compensation, then her sympathisers could have been taken for a ride. So much for Peng Shuai, another product of the system who knows how to play the game unlike so many naive foreigners. I’m not sure if I should sympathise with her. Didn’t she say at the opening of her Weibo post that “I admit that I’m not a good girl. In fact, I’m a very, very bad girl”?

And if you look at some the comments from observant and discerning Chinese netizens, the damage to Lianhe Zaobao’s reputation is probably even more immeasurable because there is absolutely nothing to gain and everything to lose. How could they stoop so low? The publication has effectively dug its own grave. We just fell a few more notches on the scale of press freedom/independence. Is it worth it? But even more importantly, have we allowed our mainstream media to act as a mouthpiece for the CCP as so many Chinese netizens purport? Does our Foreign Interference (Countermeasures) Bill apply here?