2021 Looking Back In Wonder 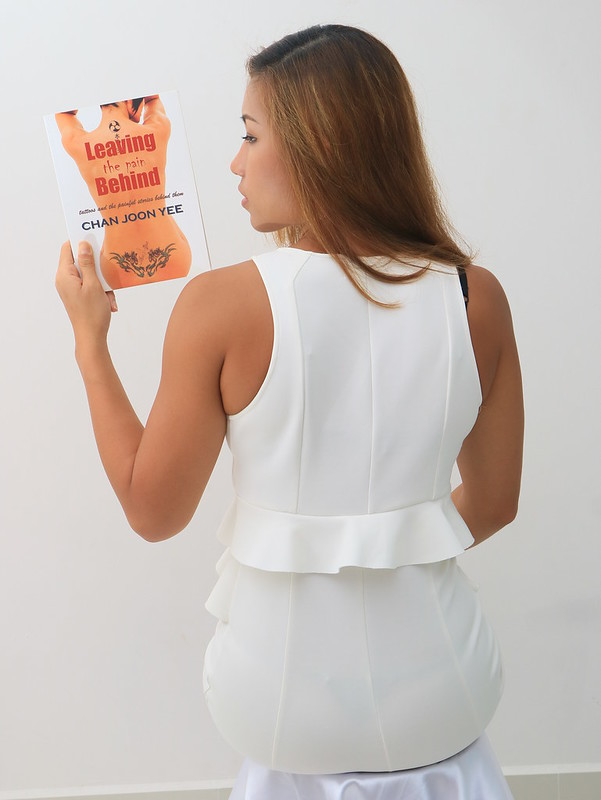 It’s time to sum up for the year again and in the blink of an eye, I’ve been looking back in wonder for the last 10 years. We all try to live the moment, but at times, you just can’t help but look back, especially when there are so many arrogantly derisive, argumentative and forgetful people around you. Did Mr Jimmy Lai abandon his comrades? What about Canadian Denise Ho who could also have abandoned her fellow freedom fighters for the safety and comfort of her home in Canada?

This professor is of course completely wrong, having conveniently borrowed some bootlicking 五毛 meme to discredit a media tycoon who obviously has a lot more at stake and a lot more courage and principles than he does.

以小人之心度君子之腹。Some people judge heroes by their own cowardice. I will never be as noble as Jimmy Lai and most regrettable is that Mr Lai’s sacrifice is likely to be in vain. Even if somehow the struggle succeeds, the shameless cowards can still sit back and enjoy the fruits of others’ sacrifice, pretending that they have never mocked the activists. Realistically, Hong Kong is on the path of no return and not every shallow GDP-watcher sees that as a tragedy.

Like many optimistic folks, I was already planning for travels around June 2021. Unfortunately, to borrow a phrase from our esteemed ministers, the virus didn’t follow my script. 2021 turned out to be another yet another Covid year, albeit a lot less happening. A lot of the CB humour we saw in 2020 seemed to have vanished into the tainted air.

When masks are plentiful nowadays, people forget that we used to be scrambling for them, reusing masks after washing and even improvising with various materials. Back in 2020, the usual apologists spoke out for this unanticipated shortage, buying into the manufacturers’ claims of raw material shortage. We have no way of calculating how much money was made on the black market, but at one time, a box of surgical masks was going for $50 on the open market. What are we to do? Well, we learn something from that high tech writing instrument that was once in short supply. Fortunately, our forefathers didn’t wait for the war to be over and mask production went into overdrive in 2021.

Jobs, jobs, jobs. 2021 was a year many people around me have lost theirs. Cafes in the CBD suffered from work from home policies and with our safe distancing measures, tables at restaurants and food centres can’t be filled. Life in F&B has become in demand but more difficult. Nevertheless, there were plans to promote hawkership among the well-educated in 2021.

While 2020 saw increased interest and traffic in my blogs and e-books, things seemed to have died down this year. I had far fewer likes and interactions on social media in spite of my frequent updates. Where have all my fans gone? Have my readers grown tired of me? Have they been drawn away by some other things like a couple of my female acquaintances who are now practicing “witchcraft” or “showing skin” to earn a living. Poor Titus Low.

Perhaps the anti-social behaviour imposed by all the restrictions and safety measures have made anti-social not just in real life but in the virtual world as well. Nowadays, people seem to be withdrawing into themselves and living their lives mechanically, devoid of passion and enthusiasm. Then a political bombshell was dropped in April. DPM Heng Swee Kiat withdrew from the race for PM. Of course, it’s not totally unexpected, but those who voted for him (in spite of his East Coast Plan) instead of Nicole Seah for fear of losing the future PM ought to have kicked themselves.

May 2021 turned out to be a bad month for everybody. India had been seeing a huge surge in Covid positive cases thanks to the delta variant since March and interestingly, we were still welcoming arrivals from India. Our Trace Together app turned out to be an umbrella in a hurricane when the new kid on the block invaded our shores fast and furious. The folks in charge began a furious backpedal on easing measures and throwing blankets on sparks of doubts and other leaks in the system. Also, let’s not forget our national newsPAPer seeing red and the case of our ex-general taking umbrage. In June, we finally recognised the proudest and loudest vaccine that had many people queuing up overnight for it. But when it’s time for a boost, credit should be given to our authorities for having the moral courage to mandate that the booster shot has to be Pfizer or Moderna. Interestingly, there are no major protests from the warrior wolves.

2021 was also a year when racism surfaces or resurfaces depending on whether you have ever noticed it in the past. Could it be due to the stress from Covid? This is an issue that concerns me deeply as I see more and more people identifying with certain groups of foreigners and automatically embracing their culture and even politics without actually understanding either one of them. I see this as a real and rising threat to racial harmony and even our national security. Things that have happened to Canadians and Americans can happen to Singaporeans and being subservient doesn’t offer much immunity.

Then, towards the final quarter of 2021, the authorities came to the decision that it’s impossible to go for zero Covid. In September, the decision to go endemic was announced. Due either to trust or resignation, the mood was cautiously optimistic even though for a while, deaths and ICU numbers climbed to scary heights. Expectedly, there was quite a bit of apprehension. Sacrifices have been made and not surprisingly, people soon forget as the numbers began to look good again towards the month of December but make no mistake, there was a time when the task force really looked bad. More than 800 people have died. Was it unavoidable? Does it matter now? People forget if they have not already forgotten. It doesn’t help when statements like the one below (downplaying the deaths and morbidity) are made by university professors.

What’s wrong with such a comparison? Mosquito-borne diseases are only rampant and deadly in countries with poor sanitation and hygiene standards. As a wise man once pointed out, more lives have been saved by soap and toilets than antibiotics. We ought to be a lot more concerned about Covid because of the way it is transmitted from person to person. It doesn’t just spread in a slum with clogged drains. It spreads on bullet trains and glitzy shopping malls. If safety measures are not in place (we are already looking at subdued numbers because of existing safety measures), it has the potential of spreading very much faster and kill many more than those mosquito-borne diseases.

Of course, 2021 has not been all doom and gloom even though we lost one opposition MP. We have a champion in the form of local boy Loh Kean Yew. Loh further made Singaporean history by winning the 2021 BWF World Championships, defeating India’s Srikanth Kidambi 21–15, 22–20 in the finals. His return to Singapore’s Changi Airport was greeted with a water salute at the tarmac, similar to Joseph Schooling after he had won a gold medal at the 2016 Summer Olympics in swimming. Well done!

December was also a time when we decided to open our VTLs, unilaterally in some cases too. A friend recently came back from holidaying in the US. It’s supposed to be VTL, but someone on the flight tested positive on arrival. He was quarantined for 7 days in a hotel. What’s next? The omicron wave is imminent of course and just as with delta, we don’t expect it to follow the government’s script of course. You can imprison people. You can even imprison their minds, but you can’t imprison the virus which doesn’t have a mind of its own. Nevertheless, preliminary data reveals that this variant is more transmissible but less virulent. In fact, it could be the least virulent variant so far. I remain optimistic that the pandemic will be over soon – by 2022. I fully support the plan to go endemic but the task of the task force is to keep the sacrifices low.

For many people, the start of the new year is a time for resolutions. Fast approaching 60, I really don’t know how many more decades I have to make my dreams come true. Over dinner with my army pals (since 1983), one guy remarked that people seem to be dying “younger” (in their 50s). I explained that it could be because more and more of those who die “prematurely” are people we know. We used to attend a lot of weddings. We will be attending more and more funerals going forward.

On a lighter note, I’m once again planning to travel in 2022. There are many more mountains to climb, places to visit. Let’s look forward to a brighter, more happening 2022. Happy New Year. 明天会更好！