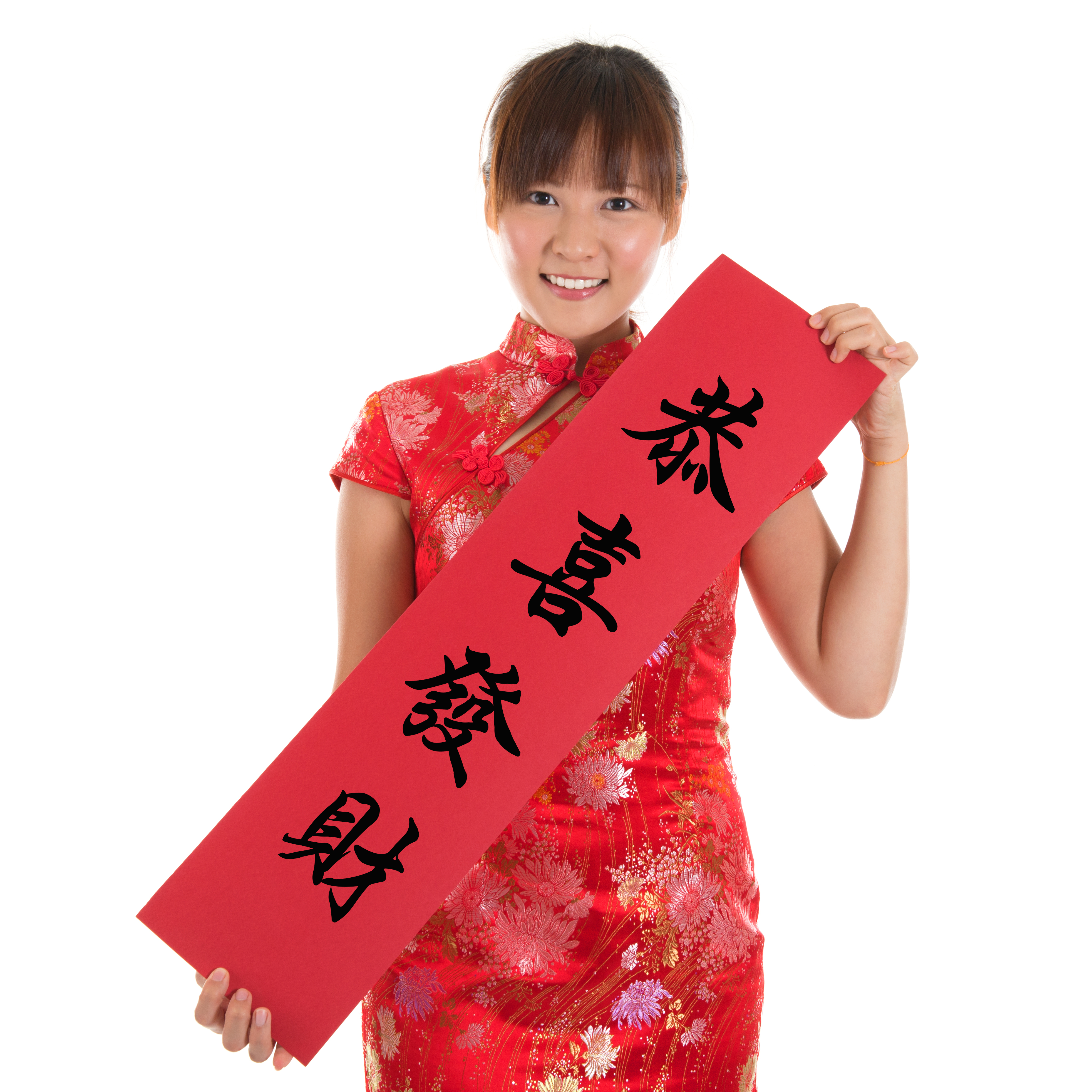 First, the case of the pink mats for NS men’s PT lessons. Sure, I didn’t have those pink mats when I was a recruit, but that does not mean that I object to a little protection from the hot and rough parade square which can cause injury to the soldier’s palm. The only issue I have is, why pink? Are these hand-me-down mats from Ah Girls Go Army? (which I won’t watch unless it’s rated R21) How about black, green or camouflage pattern? Have our scholars in the SAF not thought about it?

About a week ago, the Buddhist world lost a great teacher. Vietnamese Zen master, the Venerable Thich Nhat Hanh passed away January 22, 2022 at the age 95 at Từ Hiếu Temple in Huế, Vietnam. You can read everything about this great teacher of mindfulness here. The thing that strikes me about Master Nhất Hạnh is his moral courage. When he was conducting Buddhism courses promoting a humanistic unified form of Buddhism in Vietnam from the 1950s to early 1960s, the religious authorities disapproved of his teachings and cancelled his classes. After his trip to the US, he audaciously released a five-point proposal addressed to the US government.

Put to shame by a monk, the South Vietnamese military junta responded to Nhất Hạnh’s outrageous statements (showing more courage and initiative than they did) by accusing him of treason and being a communist sympathiser. Seen as a foe of their American allies, he was blocked from entry into Vietnam. He moved to France (sure to piss off the nationalists) to continue his teachings and called for the end of violence, the resettlement of refugees and the rebuilding of Vietnam. The war was soon over, but even after the South Vietnamese government that banned him was sacked in 1975, the victorious North Vietnamese Communist regime continued to block his entry into Vietnam, seeing him as a friend of their foe.

In 1982, Nhất Hạnh and Chân Không established the Plum Village Monastery, a vihara (monastery) in Dordogne in the South of France. The Plum Village would become the largest Buddhist monastery in Europe and America, with over 200 monastics and over 10,000 visitors a year. Throughout his life, Nhất Hạnh had published over 130 books, including more than 100 in English, which as of January 2019 had sold over five million copies worldwide. His books, which cover topics including teachings on mindfulness, poetry, scholarly essays on Zen practice and they remain banned in Vietnam.

In November 2014, Nhất Hạnh experienced a severe brain hemorrhage and became incapacitated. In November 2018, he was permitted to return to Vietnam where he died 4 years later. May the master’s teachings live on.

Moving closer to home, Iris Koh, the founder of Healing the Divide (Singapore’s most infamous and eloquent anti-vaxxer”) would probably not be celebrating CNY. She was initially charged with one count of conspiring with one Dr Jipson Quah (private GP) to cheat the Ministry of Health (MOH) with false vaccination records. She was first warded in IMH and then transferred to SGH. However, there was no good news for her as her charge has been changed to one count of criminal conspiracy to provide MOH with false information. This is targeted at the accusation of her being part of a criminal conspiracy from July 2021 to January 2022 along with Quah. Now, instead of a maximum jail term of three years, a fine or both, Koh faces up to 20 years’ imprisonment, a fine or both.

Then, Jipson Quah, the doctor linked to the Healing the Divide group had his charge of engaging in a conspiracy with his assistant, Thomas Chua Cheng Soon, and a patient named Mehrajunnisha to cheat MOH replaced with a more serious one of conspiring to defraud the Ministry of Health by submitting false vaccination data.

Quah allegedly said Mehrajunnisha was vaccinated with Sinopharm even though he knew this was false. As a result of the alleged deception, MOH issued a certificate of vaccination for Mehrajunnisha. Under the new charge, he is liable to be imprisoned for up to 20 years.

As usual, when you see this sort thing being aired on social media, you’ll see people “applauding”. Why? Because it’s funny to have someone could go to jail for 20 years? Personally, I find the anti-vaxxers quite annoying. I have even unfriended a couple of them on Facebook. However, I would never wish Covid upon them and I would certainly not celebrate if they happen to get Covid or sentenced to 20 years in prison. This is basic human compassion which is interestingly, also missing when you look at the people who go haha when unvaccinated people die of Covid. I’m used to such disgusting behaviour and I’m resigned to the fact that I can’t change these folks (even Thích Nhất Hạnh couldn’t), but that doesn’t mean I find it OK.

Even though the vast majority of people trust and support vaccination, that does not mean that we can throw caution to the wind and silence those who question it. We can debate or disagree, but if we silence them, then we’re behaving just like the regimes that blocked and cancelled the late Thich Nhat Hanh’s bold approach to diplomacy. What about the keyboard warriors who laughed at NS boys using pink mats for push ups because they find it “unfair” that they have not been so “pampered” when they were recruits? Yes, they can brag about how much they’ve endured and how tough they were, but when we were getting mimosa thorns in our palms and burning our hands on the parade square (like I did) didn’t we wish we had been treated a little more kindly back then? Why insist on others getting the same shit?

No matter what the anti-vaxxers say, they will always be in the small and maybe even insignificant minority. Since vaccination is supposed to be voluntary, it’s hypocritical to corner them with ever more restrictions and leave them with no choice. The more we lean in that direction, the more we approach China’s inhuman, insensitive approach to shutting out and containing the virus.

The orang utan in the picture was reaching out to rescue the man who had fallen into the bog. The animal didn’t care if it was due to the man’s own carelessness or that he somehow deserved it. For better or for worse, the animal didn’t or couldn’t judge. The man, if you look closely, was holding a sickle. Compared to apes, humans are far more capable of cheering others’ misfortune and betraying another’s trust. Even a saintly character like Thich Nhất Hạnh could be seen by humans as dangerous.

And very dangerous are the Russian troops currently deployed at the Ukrainian border. It’s a distraction from the Beijing Winter Olympics boycott, but if Russia does invade and topples the legitimate Ukrainian government, a failure to condemn Russia for its actions (none of our business as some will say) will encourage further Soviet “reunification” efforts. Where do you think that “reunification” tune is going to be played next (with the bully being goaded and the victim being mocked)? Will the mafia in the walled country protest this VTL with Taiwan? If they do, will we bow to the threats and demands in the interest of trade?

I always tell my kids that the CNY is not just about feasting and celebration. It’s about reunion. And though reunion is not always a completely pleasant experience, we give and take, forgive and forget in order not to lose touch with our closest friends and relatives. We must distinguish mountains from molehills. When a relative asks annoying questions, we don’t have to bang the table and walk out. But there are times when we should walk out (with or without banging the table) and that’s when people disregard our safety/well-being or stomp on our dignity.

Finally, I wish to share a story about someone leaving her hometown before CNY instead of heading home. Some people have asked me “why you so kaypoh about things in China”? Well, that’s because I see similar things happening here and I don’t wish to see us get there.

Song Gengyi, a lecturer at Zhendan College in Shanghai, and Li Tiantian, a language teacher at a rural elementary school in Yongshun County, Xiangxi, Hunan, were severely punished by the authorities for doubting the official numbers of victims killed during the Japanese occupation of Nanjing.

Li Tiantian, who was pregnant for several months, was forcibly sent to a mental hospital (commonly known as ”被神经病“ sounds familiar?) by local authorities for her Weibo article in support of Song Gengyi. Her family members quickly and obediently testified against her (a bit like the way Hyflux’s Olivia Lum “testified” against former employee and presidential candidate Andrew Kuan on a news program). It’s embarrassing and I can fully understand why Li Tiantian had to leave her hometown. Only a handful of courageous souls commented that “it is not the female teacher who is sick, but the society.” Thankfully, she did not lose her baby.

The usual greeting for CNY is 恭喜发财. Embedded in that greeting, is a deep-seated obsession with wealth and results. The greeting has survived for aeons mainly because most people did become happier when they gained wealth and achieved results. Hopefully, they didn’t have to sacrifice the unfortunate minority along the way. This CNY, I hope for more courage (to do and say the right thing) and compassion for anybody who is in trouble regardless of whether it’s their own fault. Who doesn’t make mistakes? Just follow the maxim of 得饶人处且饶人 and everyone will have a happier CNY. In other words, don’t go baying for blood just because someone or some people have pissed you off.

So as CNY approaches, I would like to wish everyone reading or not reading this, liking or not liking me, agreeing or not agreeing with me a happy CNY. Last but not least, world peace.