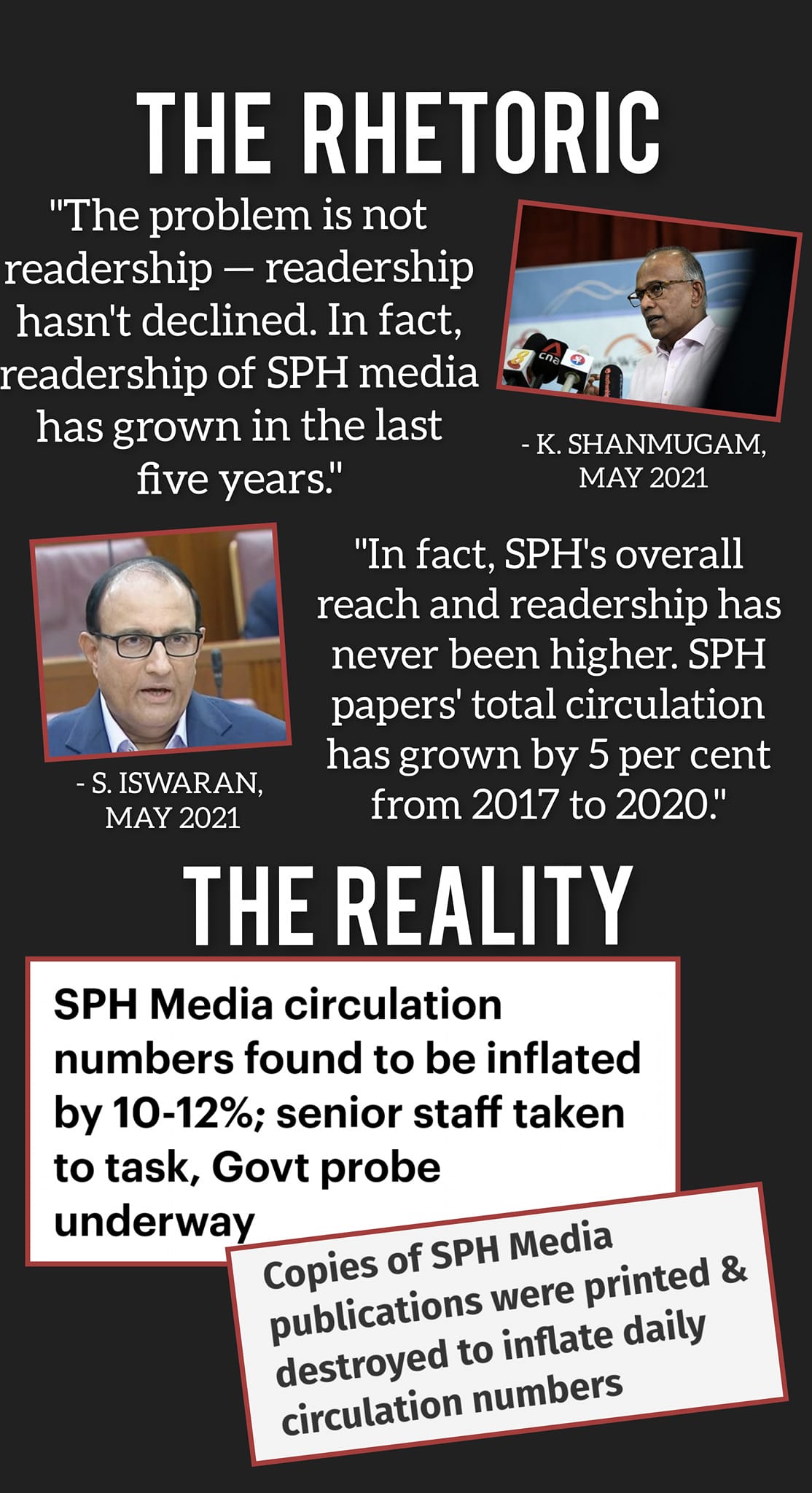 Painful but necessary? Sounds like something a dentist would say in your nightmare, doesn’t it.

Sim Wong Hoo was appointed by govt as Chairman of the Technopreneur Committee in the late ’90s. He brought together a creative range of people, educationists, venture capitalist, artist, writers, sociologist, civil servant, Kuo Pao Kun was a member so was i. I remember Pao Kun’s plea for Homo Ludens, a culture of play and happiness in Singapore. The discussions ranged over large areas inspired by Wong Hoo’s creative humour. Later Wong Hoo asked me to work with him to design a building on a vacant site offered to him by JTC next to his building. We conceived a building in which software engineers would mix and work with performing artists and musicians in a vibrant live-in environment. He wanted a work, live, learn and play place, a creative eco-system. It could not fly. because the planning rules then did not permit mixing residential element in with work places as in the proposal. He liked my egg auditorium in the design reminicent of his young days selling eggs for his mother in the bukit panjang village market. He learnt marketting that way! The SOHO concept was too new then. He could not sell that to the authorities. Another project Sim had was a new chinese language learning software. Had MOE accepted his proposal this would have been a major worldwide first then and very in demand now. His jibe at U turn signs did not go down well with the govt…he was resented for that jibe. Why, he asked must you be told where to U-turn when there is not a no U-turn sign? Sim was resented for his disobedient but crearive rebellious Singaporean spirit. We miss that very much.

Mr Sim was a maverick, an endangered species. After so many years talking about creativity and entrepreneurship, ours is still very much an inflexible, no-U-turn society which he found discouraging. A relatively young person who was in great physical shape, Mr Sim’s demise came as a surprise to many who are aware that he picked up running and had completed several marathons.

From a non-conformist, we move to the greatest institution of conformity for more news in disbelief. Retired journalist Poon Sing Wah has been scammed of $3 million. No, it’s not some dirty old man who gave money to some SYT who only exists in his dirty mind. Poon is a 74-year-old woman who has covered many news stories in her career. And she didn’t just lose a few hundred or thousand bucks on a sexual fantasy. Having borrowed money to pay the scammers, Madam Poon lost millions and was forced to sell 2 properties to pay debt owed to loansharks!

According to Poon, a former Zaobao reporter, the scam was initiated when she received a call from someone who pretended to be an employee from courier company DHL. Not surprising. We’ve all received that one. The caller indicated to Poon that she had sent several forged passports to Beijing and these incriminating documents had been detained at customs. Somehow, Madam Poon continued to communicate with them.

Later on, a man who claimed to be an “interpol police officer” in China told Madam Poon that she was being investigated for masterminding a money laundering scheme and had been found guilty. They even got a female “police officer” to hand her the documentation of her “crimes” as proof, warning her not to tell anyone. Long story short, she virtually paid out her entire fortune to the scammers. She even had to borrow money to settle the matter. You can read the full story here.

The first thing that came to my mind? Ya mo gao chor ah? If some stranger with a mainland accent calls you and tells you that they are calling from “警察总部” informing you that you are being investigated for a crime (I’m sure you’ve heard that one before), what do you do? You regard that with total disbelief and hang up on that #%$^&, right? Who would entertain them and be persuaded that they are really in trouble with the law? Unless they have reason to believe that they are really in trouble with the law as in 做贼心虚. I don’t mean to prejudge, but something just doesn’t sound right.

More news in disbelief as we move from the fake SPF to the real SPH. SPH Media audited the period between September 2020 to March 2022 and discovered that three top executives might have falsified circulation numbers, inflating them by as much as 85,000 to 95,000. This story first broke on the very appropriately named channel wakeup.sg on 9 January 2023. The departure of the 3 unnamed executives was already known to insiders as early as 23 December 2022. Nothing was mentioned by SPH at all until 10 January 2023. If not for Wake Up Singapore, would our newsPAPer have acknowledged the scandal? We have the informant(s) to thank. Singapore is indebted to you and I hope that you are safe.

If you were a company advertising with SPH, you would be concerned that SPH might have overcharged you for advertising. And not just the advertisers. We the citizens of Singapore also need to pay $180 million a year to keep this very important government mouthpiece going. Lawyers have said that companies who find that the platforms they advertise with have falsely stated their circulation numbers or reach may take the company to court under civil law.

“The contract between the advertiser and the platform would contain the obligations of the platform, and if the platform has failed to fulfil its contractual obligations the advertiser would typically be able to pursue the matter via the courts,” said lawyer Samuel Seow An from Yong, Seow & Lim (YSL) Legal. Mr Seow added that advertisers may also consider filing a police report in cases of criminal wrongdoing such as fraud or cheating by the platform. However, even the offending party were convicted in criminal cases, it would only result in punishment and not monetary compensation. Perhaps we the people should take this course.

Meanwhile, we are still waiting for the conclusion of some “painful but necessary” “internal review”. In layman terms, ownself check ownself. Yao mo gao chor ah? These folks had given misleading information to our ministers, causing them to make false statements about the popularity and reliability of our newsPAPers. How can they be let off so easily?

“It is utterly inappropriate and unacceptable that it is left to SPH Media itself to conduct an “internal review”. MCI, under Josephine Teo, must convene an independent inquiry into the fraud, and immediately suspend all funds to SPH Media. We are talking about an entity which is receiving $1 billion of taxpayers’ money, and which apparently has misused the money to commit this fraud. Why is Josephine Teo dragging her feet when taxpayers’ funds are involved?”

The longer they drag this “painful but necessary” investigation, not even revealing the names of the perpetrators, the more suspicious it’s going to get. Is there more dirty linen not yet revealed? Is there another can of worms somewhere? As Mr Lee Hsien Yang asked in another Facebook post, “how far back does this go?” How long as our newsPAPer readers been left in the dark?

But the glaring absurdity here has to be “painful but necessary” being used to justify a dishonest act that benefits nobody but the company. Yao mo gao chor ah? Jean Valjean in Les Miserables probably has a better excuse to steal bread. All our conmen with bills to pay and families to support can probably also justify their crimes with “painful but necessary”. What if the folks who cheated Madam Poon Sing Wah say that it’s “painful but necessary”? Except that the same magic words cannot be used by just anybody to escape punishment.

Keppel O&M has been ordered to pay US$422.2 million in fines to the US government. It’s not peanuts. The offences relate to bribe payments to Petrobras (Brazil) officials, pertaining to rigs-building contracts which Petrobras or its related companies had awarded to KOM.

In December 2017, the offshore and marine arm of Keppel Corporation was fined US$422 million for its part in an international corruption scandal that took place between 2001 and 2014, with bribes amounting up to US$55 million. This was after corrupt payments made by KOM’s former agent in Brazil to secure contracts with Brazil’s state-owned oil giant Petrobras were brought to light. After investigation, the Corrupt Practices Investigation Bureau (CPIB) has issued stern warnings to six former senior management staff members of Keppel Offshore & Marine (KOM). Yao mo gao chor ah? From US$422 million fine to stern warning? Since when have we been so lenient vis-a-vis bribery and corruption? Is this another painful but necessary misdeed?

And talking about stern warnings, there is a news article published in TOC in 2019 (KOM case in 2017), reporting that the same Corrupt Practices Investigation Bureau (CPIB), that gave a stern warning to our executives at KOM, had issued stern warnings to crematorium workers for receiving red packets from funeral services employees in return for giving the latter preferential treatment.

I believe these workers are paid well enough so they would not have the need to steal bread like Jean Valjean or do something painful but necessary like the folks at SPH. But before you accuse me of being a prude or moralist, I need to state categorically that I believe that we need to break the rules sometimes to get things done. I’m quite tolerant to “misdeeds” in which everyone benefits and no one gets hurt. I don’t go around pointing fingers and nor do I exude with sarcasm unless there is a clear case of hypocrisy or double standards.

I don’t expect too much from a newsPAPer. I understand that in the business world, a little “give and take” is often necessary to close a deal. But it tickles me into sarcasm when the shameless and hypocritical hold others to higher standards than they hold themselves? The court has not issued any gag order on the identities of the SPH and KOM executives. This is a matter of public interest with no security risk. Why are our journalists not doing what their counterparts in any first world country would do? Is it somehow painful but necessary or for our own good to keep things under wraps?

Ying Zheng, first emperor of China as we know it, was a ruthless dictator who staged massacres and conducted cultural genocide to unify the country. Considering the number of enemies he ought to have made, there had only been three unsuccessful attempts on his life. Only one assassin, Jing Ke, is well known.

The rest of the population believed that he had the mandate of heaven. They meekly submitted to his abuse and tolerated his atrocities as long as the harvests were good and the barbarians kept at bay.

Ying Zheng was also a megalomaniac who desperately sought immortality. Insultingly, his reign lasted only 10 years. His Qin Dynasty did not last for more than 14 years. However, until today, he is still remembered in awe and admiration. His approach to nationhood is still being accepted as “painful but necessary”. Today’s Ying Zheng may rule for 100 years.