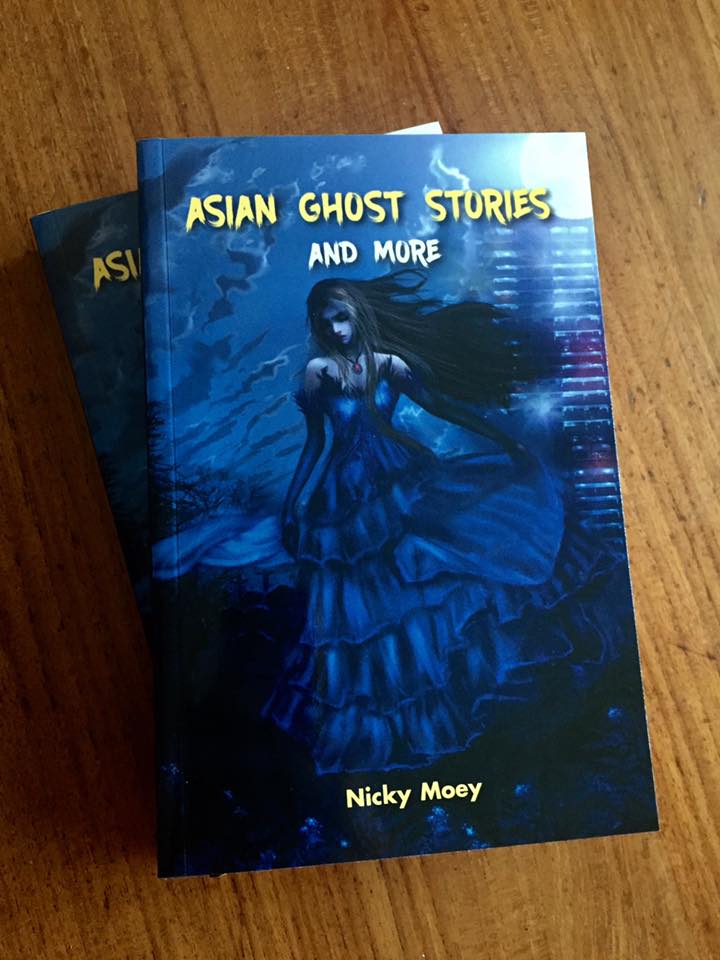 Singaporean author Nicky Moey may be unfamiliar to most young Singaporean readers today, but he was certainly one of our better known writers during the 1980s and 1990s. Nicky’s recent book, The Travelling Companion (published 2014) was a surprising diversion from his usual ghost and horror stories, but with Asian Ghost Stories, Nicky is back in his element.

The first story The Weeping Flute, is probably one of the author’s favourite. It’s also one of my favourites. Yes, I’ve read it before and the mention of “Singapore Broadcasting Corporation” and music recorded on tape in the story tells us that this is old wine in a new bottle. Central to this story, is a mystical “Weeping Flute” from Yunnan, China. It’s a piece of music with an arrangement of musical notes so unusual that when played in a particular manner, it brings death to all who listen to it. Those of us familiar with Chinese martial arts literature may not find this idea very refreshing but Nicky is a master of pace and dialogue. The twist at the end is not totally unexpected, but it’s brilliantly delivered.

A Man From Muar takes us to Malaysia and a local folk tale of jealousy, murder, revenge and black magic told to the protagonist after he and a group of passengers got stranded on the road in the wake of an accident. The story was very well-narrated (by a third person) but the it’s not original and it could have been more frightening if more had happened to the protagonist. 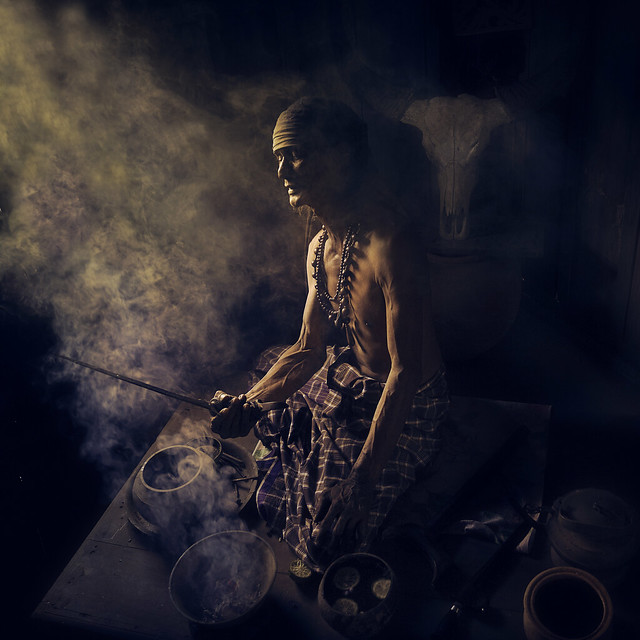 From Malay black magic, we move to Chinese hungry ghosts. It’s a festival that we Singaporeans are so familiar with. Frank Liu and Siu Kim are a courting couple contemplating marriage. However, there is a problem. Siu Kim is a widow and she claims that her dead husband wouldn’t let her get married. After a few fights and arguments, they get married and Frank soon discovers that Siu Kim is right.

Night Watch is one of those ghost stories often told in the army. Recruit William Chow is one of those unfortunate enough to be assigned to Area D. He and his buddies are supposed to guard a cemetery. Shining a torchlight on a grave reveals the picture of a beautiful girl on one of the tombstones. It’s an interesting story that I have read before, but I find the skipping viewpoints in such a short story a bit jarring.

Tags is also an army ghost story, this time set inside a haunted camp that has seen many British and locals executed during World War 2. This story is told in the first person. The recruits complain about someone walking around at night with the aluminum tags not taped together. Of course, it’s nobody from their platoon.

Ouija or 碟仙 was a game that intrigued us when we were confined in camp during NS days. Nicky takes this story to the civilian world, telling about how a few curious encounters lead to spirit possession and tragedy.

A Prayer For Humanity is a rather dark and depressing tale, yet I quite like the way Nicky tells it. Beginning on a plane with prosperous Uncle Richard and his brush with some doomsday cult, it does not read anything like the horror and supernatural tales in this collection. It even reminds me a bit of John Updike and some of his depressing tales of ironies, paradoxes and life in the real world.

Portrait is a story that takes us to Indonesia where an army officer acquires some edgy works of art that come “alive”.

The execution is a tale about an aspiring magician who decides to learn the art from a master whom he eventually surpassed. The master gets killed in an accident and the rest of the story may seem predictable, but Nicky makes the plot more interesting by introducing a new character. The story ends in a way that surprised me. This is a good one, though not very Asian.

The Lake is another non-Asian story that begins with a fishing trip on a placid lake – the scene of a woman’s disappearance after she was rowed out in a boat with her estranged husband. Her body is never found but strange things happen. It’s a good story until the somewhat disappointing ending.

The Fiend brings us back to Asia. A woman who has left her husband decides to take revenge a spider that killed her baby. There is practically no plot in this story, just a lot of drama.

A Chinese Tale takes us to ancient China. Nicky creates a familiar yet unfamiliar character. Justice Hsiao Yan investigates the case of a horrifying predator that has human flesh for lunch. The narrative moves more like a mystery story than anything else, but the supernatural character renders scientific deduction futile. There are surprises here but the “truth” is a bit far-fetched.

The final story, Teacher, brings us back to contemporary Singapore. Celeste Teo is a young, zealous teacher who is otherwise clueless. In sharp contrast is Mr Nai whom the students love because of his interesting methods. As for Celeste, she is burned out and miserable until she is helped by someone or something.

Nicky’s style is simple and makes for easy reading. I won’t be surprised if you can finish it in one breath on a 5-6 hour flight. If you have not read these tales before, this collection will prove intriguing and entertaining.