Under the category of “Refuse to Behave”, I shall be featuring translated excerpts from the book [饮酒抽烟，不运动的蔡澜]. For those who don’t read Chinese, the title of the book can be translated as Cai Lan (Chua Lam) Who Smokes, Drinks and Doesn’t Exercise – the perfect anti-hero of sanitary Singapore.

Mr Chua has mentioned quite categorically that he doesn’t sue people for copyright infringement. Even mainland China’s underground press who printed and sold pirated copies of his books were praised to have designed his books even better than the legitimate publisher. Thus, I don’t think Mr Chua would mind if I translate and share some of his works in my blog.

Chua Lam was born on 18th August 1941 in Singapore. He had a bilingual education, but admits to be hopeless in Hanyu Pinyin. He had been writing professionally since he was in secondary school; first publishing essays and then movie reviews. He claims that he did it partly because of his interest in writing and partly to earn some pocket money so he could go out on dates and visit nightclubs.

At the age of 18, he went for further studies on movie-making in Japan. There, he caught the eye of movie mogul Sir Run Run Shaw. After graduation, Chua Lam worked with Sir Run Run Shaw in several movies under Shaw Organisation. Ticket sales were a major concern for Mr Chua. And while he tried to be artistic, sex and nudity were always a part of Mr Chua’s movies. In his free time, he went backpacking. The real world he saw at street level injected a lot of realism and cynicism to his productions.

After Raymond Chow Man-Wai founded Golden Harvest, Chua Lam joined him in Hongkong. With much of his training in Japan, Chua Lam went on to shoot many Hongkong movies set in Japan. Once again, sex and nudity were part of the game. Chua remained with Golden Harvest for 20 years, travelling and residing in many exotic places to produce some of Jackie Chan’s most well-known movies. 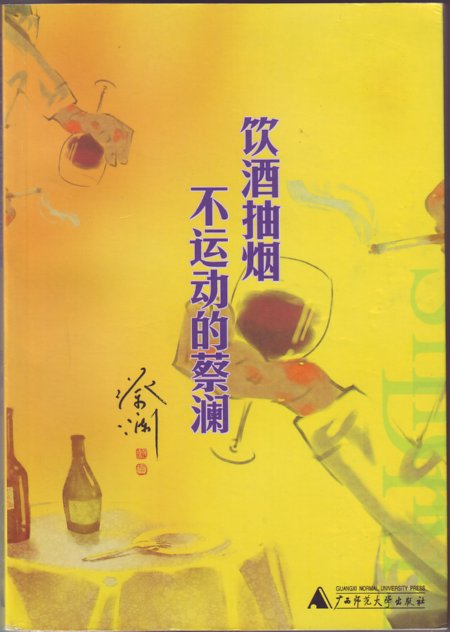 With the decline of the movie industry over the next 20 years, Chua Lam became very prolific in his writing, first publishing his short pieces in Hongkong’s newspapers and then re-packaging them as books. Chua’s Singaporean identity is obvious in his writing. He writes in Mandarin and not in Cantonese. Topics covered in Chua’s columns include movies, food and travel. Over the years, his works have been compiled into 100 books. The multi-talented Chua Lam has been described by martial arts novelist Louis Cha (Jin Yong) as “蔡澜琴棋书画，酒色财气，吃喝嫖赌，文学电影，什么都懂”. A man well versed in every art and every vice.

Whether appearing on TV or writing his columns, Chua Lam is often seen as a humourous, cheeky and bohemian sort of character. He openly admits to being a lecher and though not polygamous, has no moral issues against sleeping around.

In Singapore society, he remains a highly controversial character. He has been blasted and condemned for his liberal views and my mother hates his guts. To me, Chua Lam is a national treasure who is at least of equal value to Stephanie Sun. However, I often tell people that Chua Lam is just not dishonest and hypocritical enough to be a good role model.

I’ll be translating and sharing some of his short pieces from this book in the coming days and weeks. Stay tuned to Dewdrop Notes’ Refuse To Behave.