Q: Do you have any moral standards?

Chua Lam: Which era’s morals are you talking about?

CL: Morals change with the times. If you follow the values of the wrong era, you’re dead.

CL: In the past, widows who live alone are considered virtuous. Nowadays, if your female friend’s husband passes away, you advise her to look for a companion. In today’s context, you are doing good. In the past, you would have committed a terrible sin. So if you follow the values of the wrong era, you’re dead.

Q: What about polygamy?

CL: What a joke. Just 70-80 years ago, in my grandfather’s time, people didn’t ask you whether you have eaten. They asked you how many mistresses you have. Only one? What a failure. Going by the moral standards of those days, 4-5 wives were the norm. If you do that today, you’re dead. CL: In the past, these women would have been drowned in pig cages. These days, nothing of that sort will happen. As long as they don’t tell their husbands. Men and women are equal.

Q: Don’t you think this will cause society to decay?

CL: As an individual, how much can you do to prevent the decay of society? A lot of other things will cause the decay of our society – not just adultery.

Q: Well, as least you can do your part.

CL: Precisely. Do your part and don’t bother about what others do.

Q: Your views on homosexuality.

CL: This is not a new phenomenon. In fact, homosexuality has been documented in ancient texts. I don’t see why we should stamp it out.

Q: What about guys who seduce other people’s wives?

CL: And how would they succeed if the cuckolded guy had done his part? Can’t blame anybody.

Q: What about children in divorce cases?

CL: Our society is becoming more like American society. Over there, divorce is so common that a kid may be seen as a weirdo if his parents are not divorced.

Q: What about being filial towards one’s parents?

CL: You’ve mentioned an important point. But filial piety has nothing to do with the kind of morality you’ve been talking about. It’s a matter of principle. Should you repay the people who brought you up and supported you? I don’t think I need to answer that.

Q: So it is important to have principles.

CL: Morals are subjective and everchanging. They are unreliable. The most important thing about being an upright human is to have principles.

Q: Are you a man of principles?

Q: In what way are you principled?

Q: What if others are not punctual.

CL: That is their problem.

Q: Would you get angry while waiting for someone who is late?

CL: I usually make my appointments in my office. If the person is late, at least I can work.

Q: What about waiting in a cafe?

CL: That depends on who I’m waiting for. If she’s a hot babe, I won’t mind waiting. 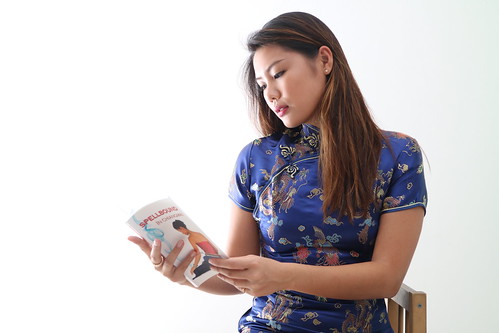 Q: Is it your principle to be nice to others?

CL: Yes, I’m always nice to people. If they are mean to me, I forgive them but also stay away from them.

Q: Will you get the short end of the bargain if you are too principled?

CL: You won’t feel you’re at the losing end if you don’t think that way. My father always told me to be polite to others, to return everything I borrowed, don’t harass others unnecessarily.

Q: Do you keep your promises? That’s part of being principled?

CL: Yes. Of course, there are some things which I promised but have yet to deliver. I’ll always remember them and fulfill them one day.

Q: Is marriage a kind of promise?

CL: Yes. That’s why the idea of divorce never crossed my mind. I made a promise years ago. I cannot go back on my word.