Chan Joon Yee first developed his passion for cooking in primary school when he enjoyed watching his mother prepare meals for the family in the kitchen. As he grew up, he began to experiment on his own, progressing from instant noodles to fried egg, fish and vegetables. When he moved out on his own, he would rather cook than eat out. That’s because as early as 20 years ago, Singapore’s food culture had already begun its rapid decline. From a pride of talented hawkers who presented their best dishes and earned a very comfortable living, the industry is now managed by bean counters, driven by sales and mired in high costs. Chicken rice has less and less chicken. Fish soup has less and less fish. The numbers game has turned our hawker scene into a manufacturing industry that churns out fodder instead of food. That’s when Chan’s passion for cooking really took off. When he travelled, he would also pick up tips from the locals and bring the flavours back home. 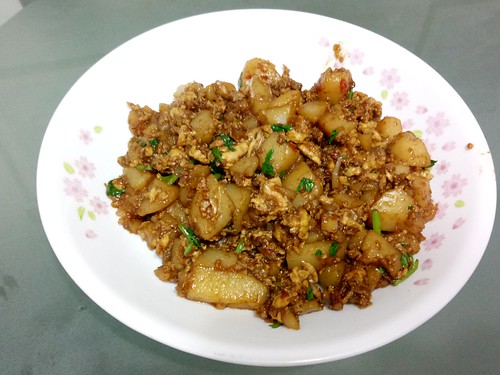 From local favourites like char kway teow and chai tau kway to foreign dishes like paella and aglio olio, Chan documents his culinary adventures at his cooking blog.