What Being Kiasu Really Means?

Kiasusim is not about being afraid to gamble or lose. It has more to do with “playing safe” to the extremes. Being kiasu includes an element of selfishness as by playing safe to such an extent, other people’s convenience or well-being will need to be sacrificed. We can say that being kiasu involves going to great lengths to ensure one’s own safety and profitability at the expense of others. Let me give a classic illustration. Those who have been in the army would be very familiar with the following scenario: 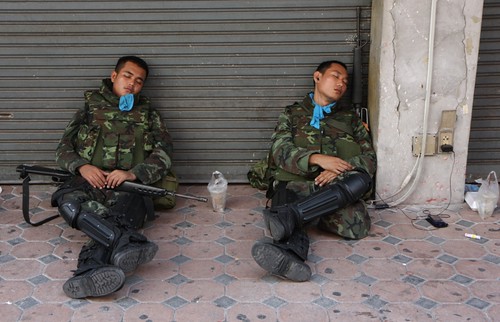 Of course, such practices not entirely unique to Singapore, but it’s on this sunny island where such practices are often carried to extreme without any consequences like a strike or street protest. One of the reasons is, people are happy as long as they can squeeze someone else when they are being squeezed. And it goes down the food chain in much the same way as the army analogy described above. The ones lowest down in the food chain have no one to squeeze. Instead of addressing this issue of squeezing, our society has a different solution. We offer those lower down in the food chain an opportunity to upgrade themselves so that they may end up in a position to squeeze someone else. So when people complain about being squeezed, the rhetorical question for them is, “why don’t you move up?” – either by struggling to do things you’re not good at doing in the first place, or by volunteering with the right organisation.

To many kiasu Singaporeans, this is a question of “survival” (or prosperity by more modest standards) and pushing others off the edge or selling oneself out are nothing to be ashamed of. Being kiasu also means that everyone sets a very wide margin of safety, excess and redundancy for himself. And the hoarding begins right at the top, trickling down the social ladder. It doesn’t matter if people can afford to give a little more. It doesn’t matter if the administrators are holding a full 1 million gallon water tank in reserve while people are dying of thirst. That wide margin of safety is sacred. That’s what kiasuism in Singapore is all about.